October is quickly becoming our favourite month of the year. Why? With the V8SC Bathurst 1000 held at the start of October followed by the 3 day spectacle of World Time Attack and Formula D it’s a mouth-watering month of motorsports regardless of which discipline you follow.

This year we were only able to lock in tickets to WTAC for Saturday due to work commitments. (Resignation letters have been drafted if we are unable to attend WTAC in full next year!). If anyone would like to share and post their Formula D photos from Sunday, drop us an email at contact[at]circuitthreads.com.

Even if you didn’t make the trip to NSW, thanks to the new WTAC Live Stream you’ll already know that team Tilton Interiors have conquered WTAC ’14 with back to back titles. They beat their previous 2013 record and set a new benchmark of 1:24.8412. To come back from an engine fire on Friday and still win shows how incredibly professional the team and time attack has become.

A large part of Tilton’s success has been the partnership with Japanese aero manufacturer Voltex. This year in particular has seen aerodynamics at the forefront of each team’s tuning menu as they chase times that are far beyond the capabilities of the standard road car. The craftmanship and attention to detail on these cars is second to none. 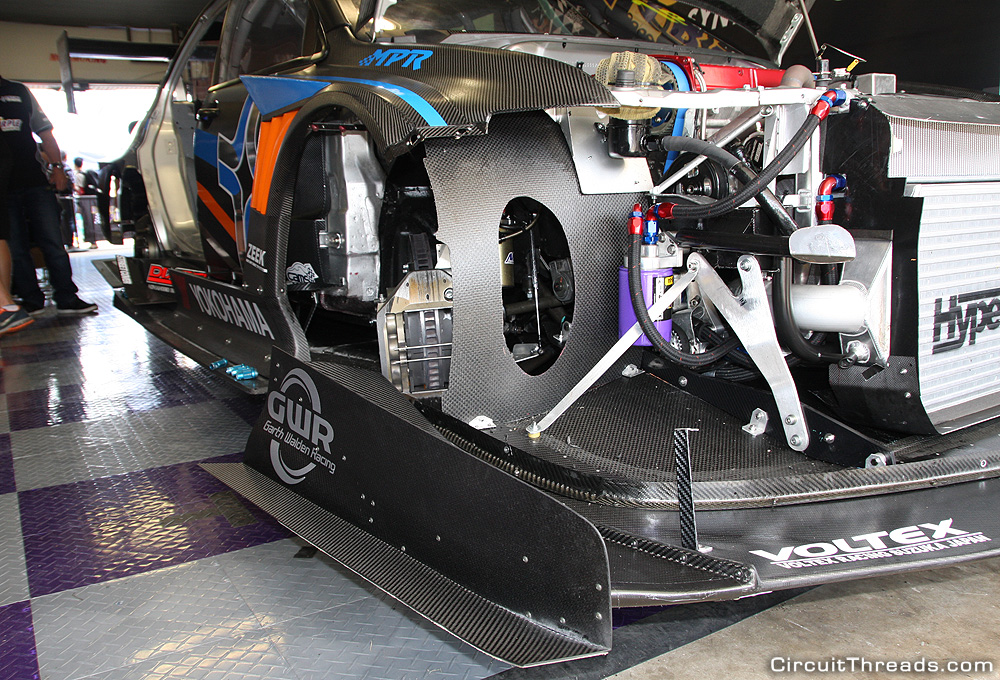 Another perfect example has been the development of Under Suzuki’s s15 over the last 12 months. We had seen photos from it’s debut in Fuji earlier in the year but to see the new car in the flesh sitting on a fresh set of Ray’s ZE40s was unreal. 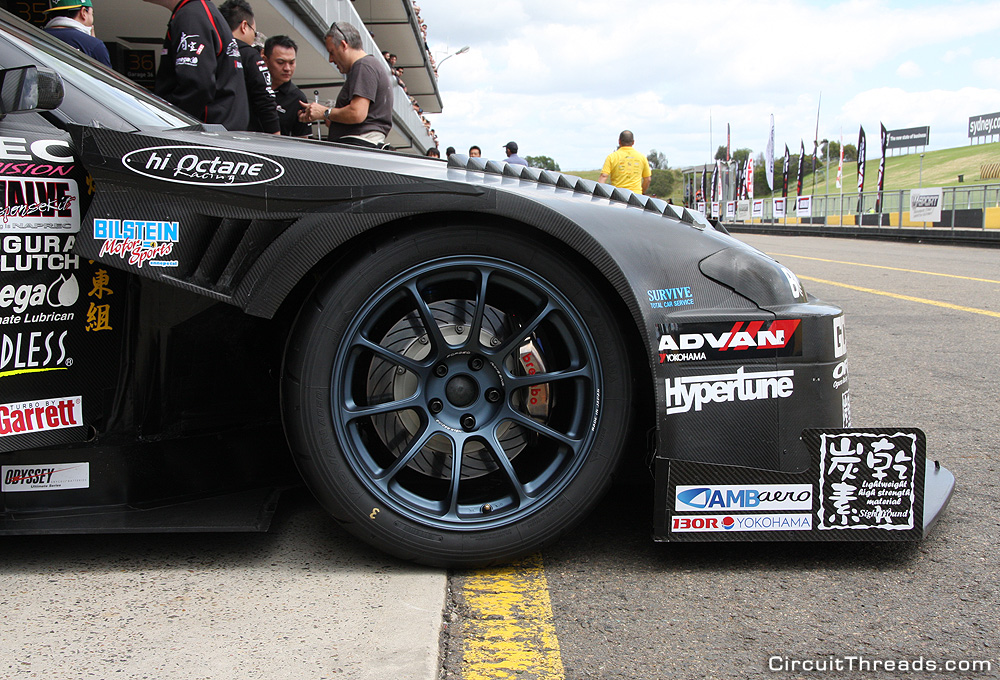 Adding to an already advanced aero setup, Under Suzuki incorporated new wider front guards, side exit exhaust and a completely new rear end setup that looked out of this world. 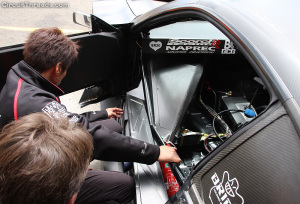 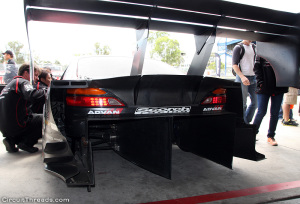 The new package proved itself too, with Under slashing over 2 seconds from his previous best. This secured him 2nd place with a time of 1:24.8800 and was only the second car to dip into the 1min 24sec range. 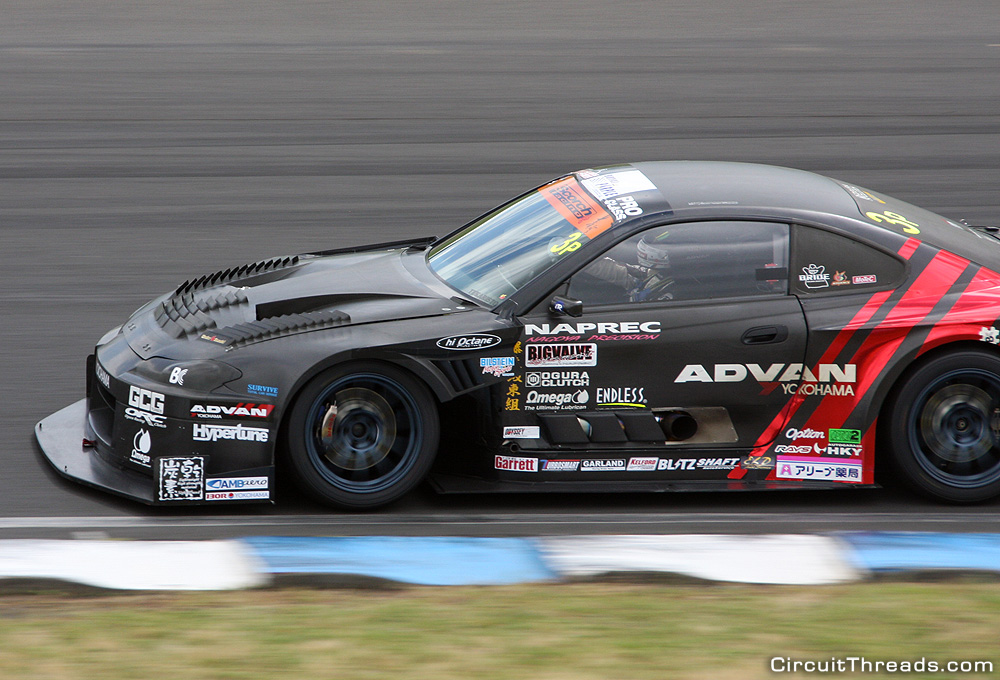 The Aussie contingent weren’t left behind in the aero department either. QLDer Mick Sigsworth’s all carbon Pro-Am Evo surprised everybody by taking the outright lead on Friday and in the end took out Pro-Am Class by a huge margin and finished 3rd outright. 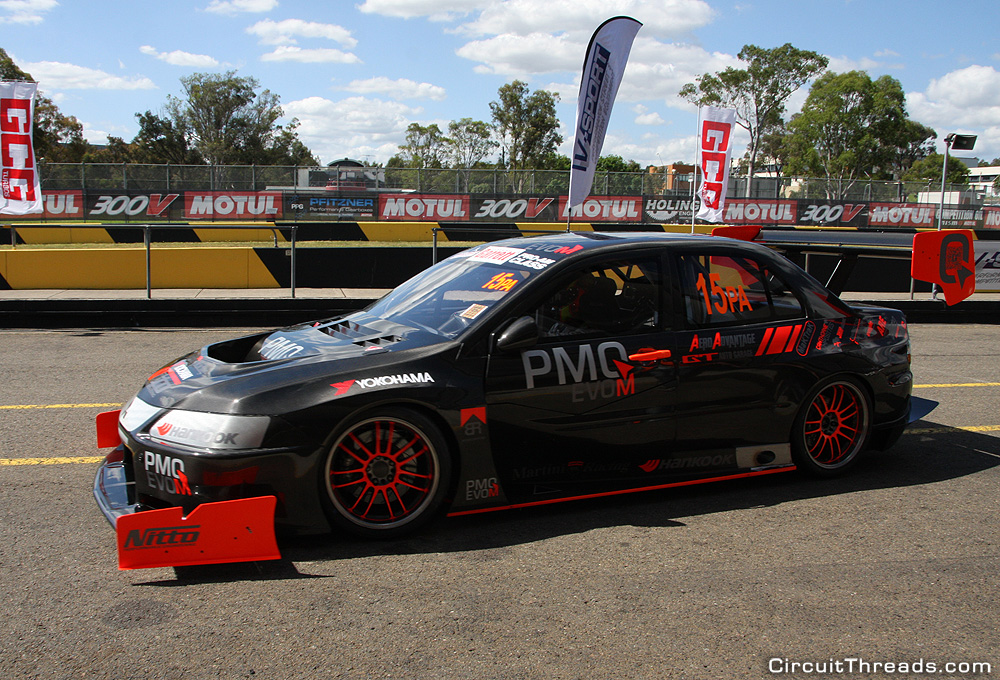 QLD is also responsible for the MCA Hammerhead s13. In the hands of V8SC driver Shane Van Gisbergen, the old chassis was still good enough for 3rd place in Pro Class with a time of 1:25.7090. An improvement on it’s previous best by over 1.6secs! 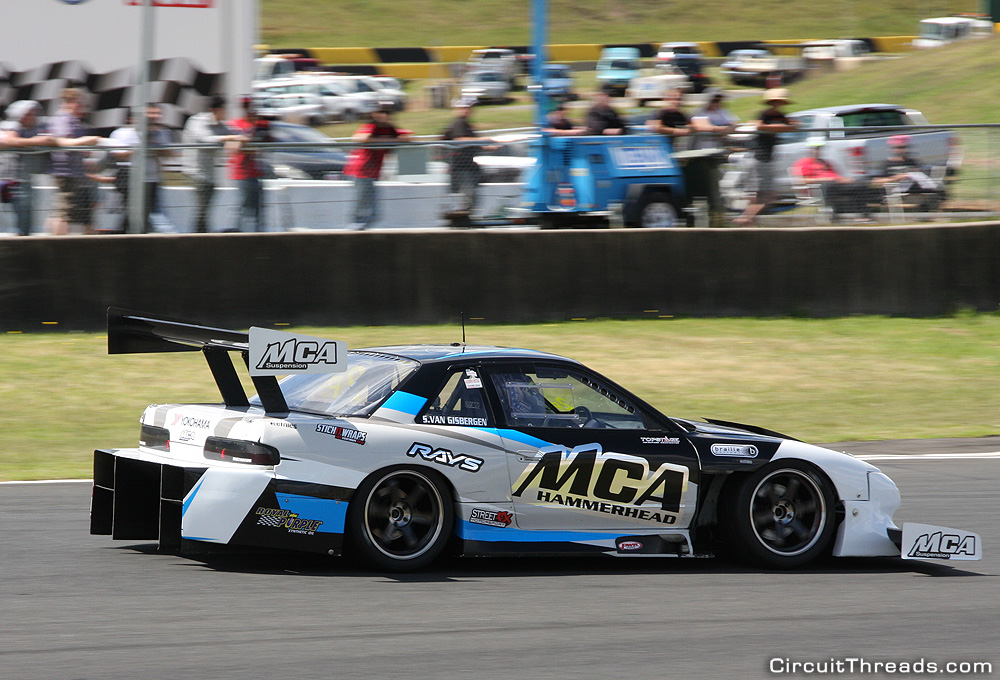 The MCA s13 was one of the first cars at WTAC to feature the front winglets and several cars were seen adopting the same approach to generating maximum front downforce. 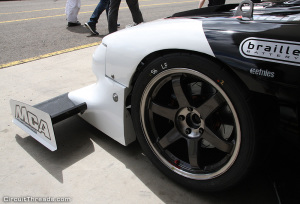 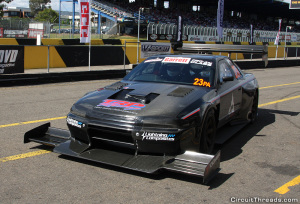 Team America sported a more traditional looking front setup with massive splitter on their R32 GTR. Limited testing and development time put Team America out of the chase but we hope to see them back next year! 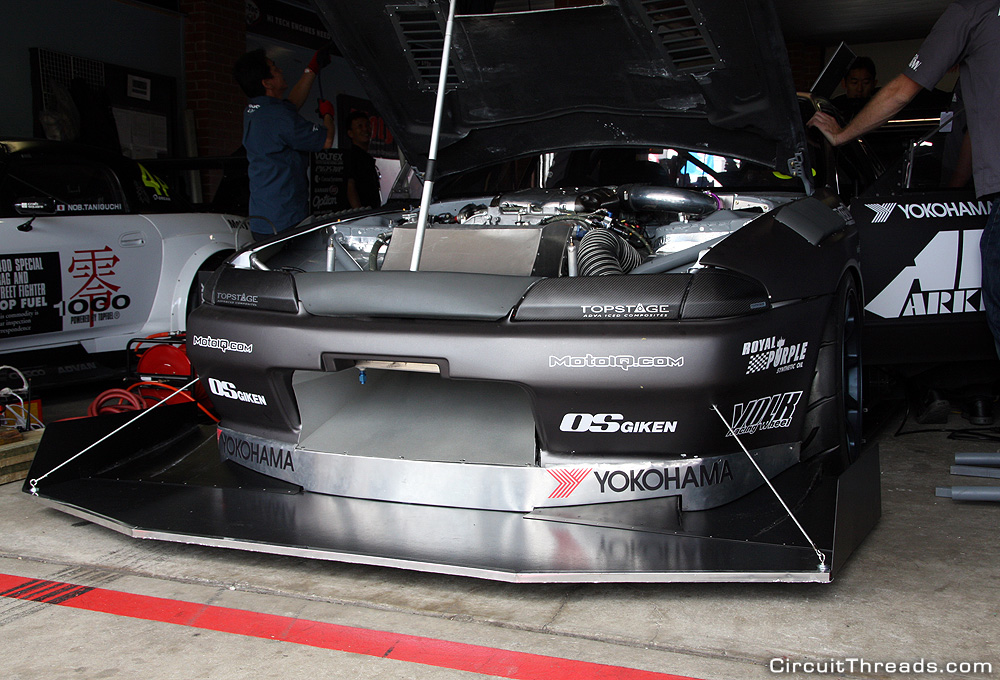 It seems the S-Chassis is making a bit of a comeback to time attack too as we counted a total of six Silvias in the field. We’re pretty sure the Sutton Brothers have something to do with the popularity of the S-Chassis as their s15 is still one of our favourites out there. It’s Voltex wing gets bigger every year which no doubt helped the brothers to 2nd place in Pro-Am. 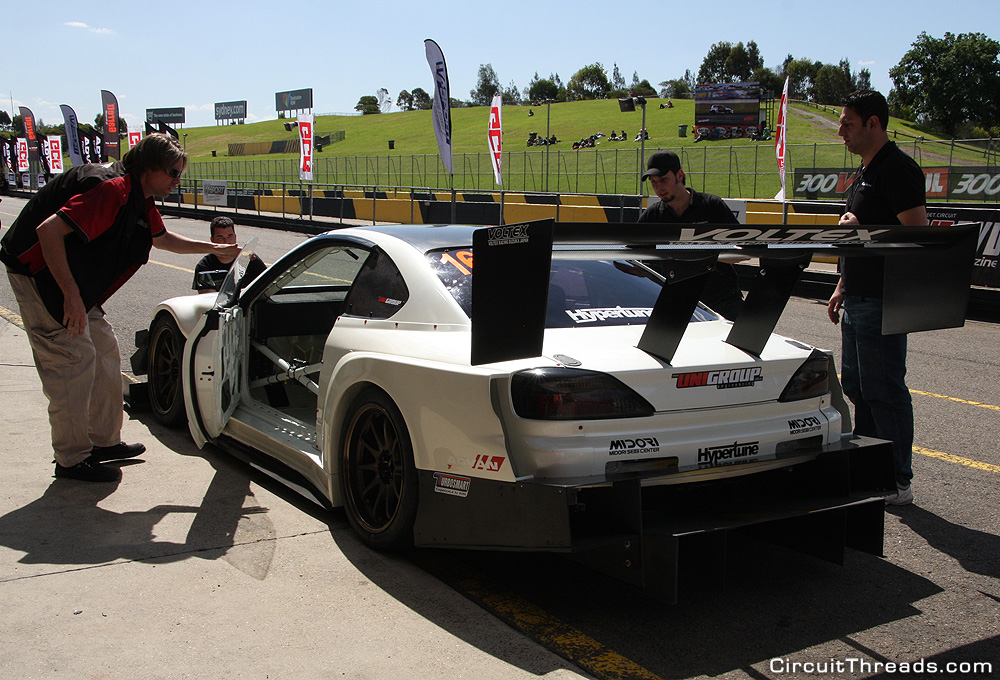 Clubsprint Class was also very competitive with winner Dan Farqahur being the only driver to clock sub 1min 40secs. For those who read our catchup with John Richardson prior to WTAC, you’ll be happy to hear that the R33 managed to stomp its way to 5th in Clubsprint and claiming fastest RWD. If you missed the article, click on the link to read more on John Richardson’s R33 GTS-T. 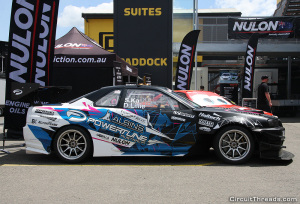 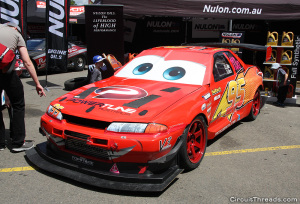 Part of the attraction of WTAC is the ability to get close to the drivers and cars. It was great to see Tarzan Yamada back in Sydney to team up with tuning legend Smokey Nagata to pilot the Top Secret R35 GTR in the newly greated GTR Class.

As far as tuners go, Top Secret are one of the best in the business and seeing their R35 up close confirmed that Smokey is a master of JDM tuning. 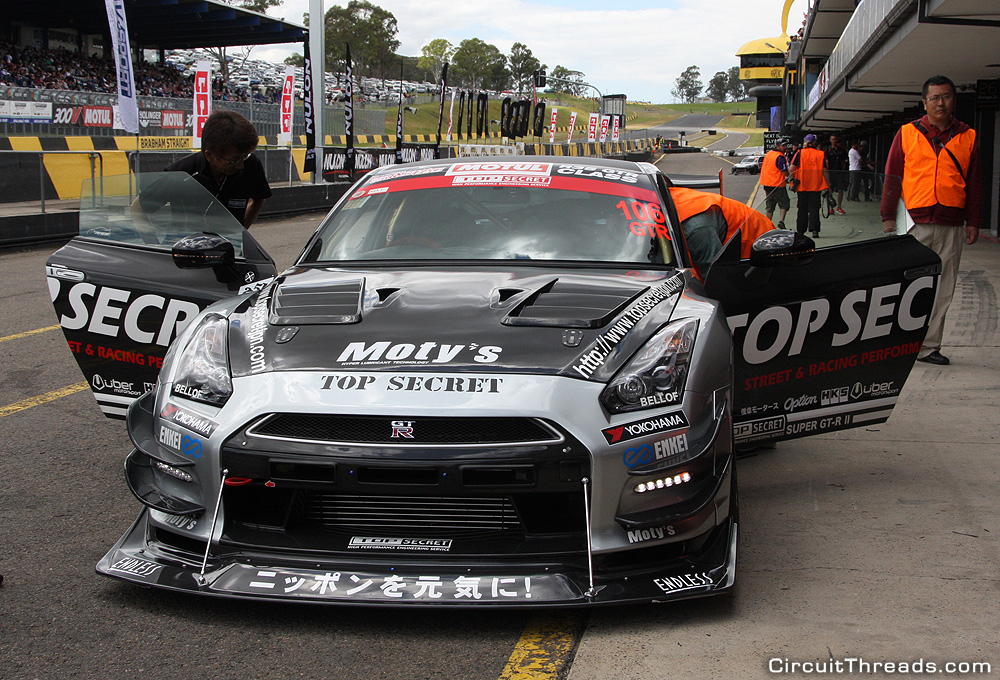 The GTR looked menacing as Tarzan wrestled it around the track . 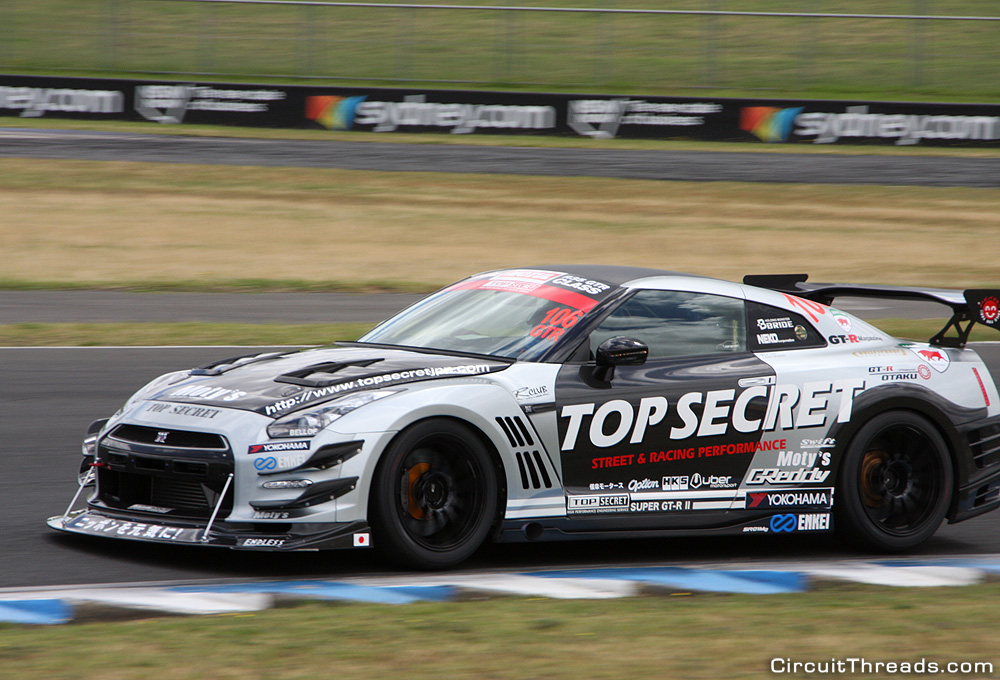 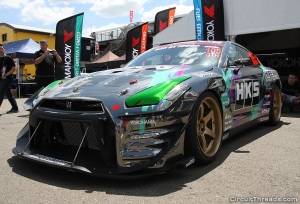 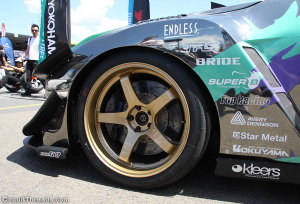 Rarely would a pair of R35 GTR machines not be the centre of attention but on this occasion they were trumped by Mazda’s legendary 767B. Seeing this being piloted around the track and hearing the sound from the 600hp quad rotor was something we’ll never forget! 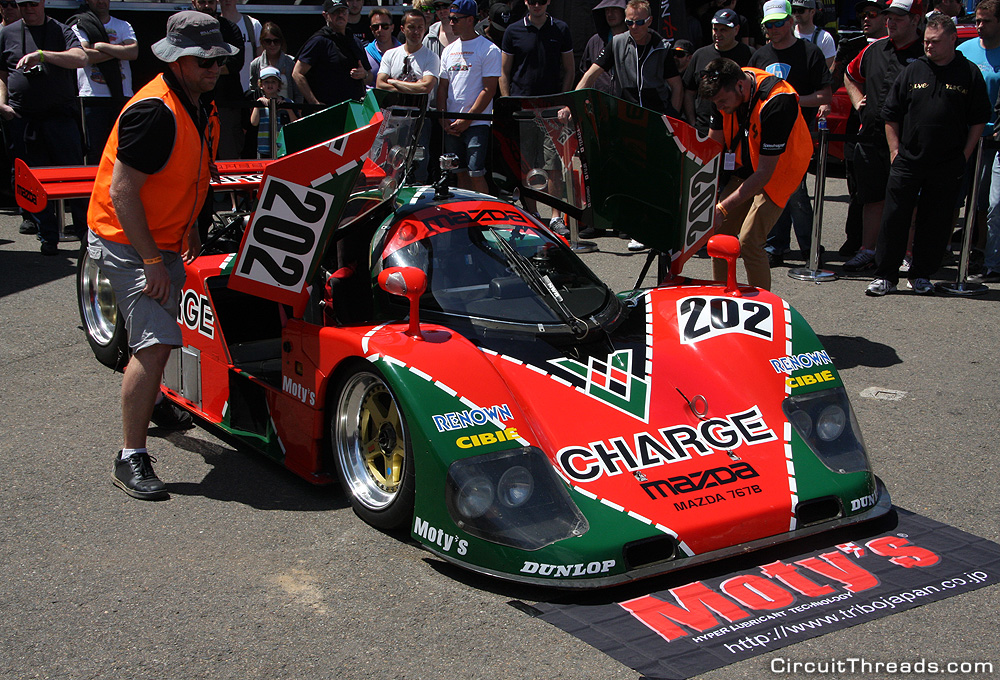 World Time Attack continues to get bigger and better every year and we’re already looking forward to what’s next in 2015! It’s going to be tough topping 2014!!

For full results check out the WTAC leaderboard or click through to our collection of the WTAC Leaderboard – Video Edition!