After all the drama from Day 1, we couldn’t wait for the action to unfold on Saturday of the World Time Attack Challenge 2013. 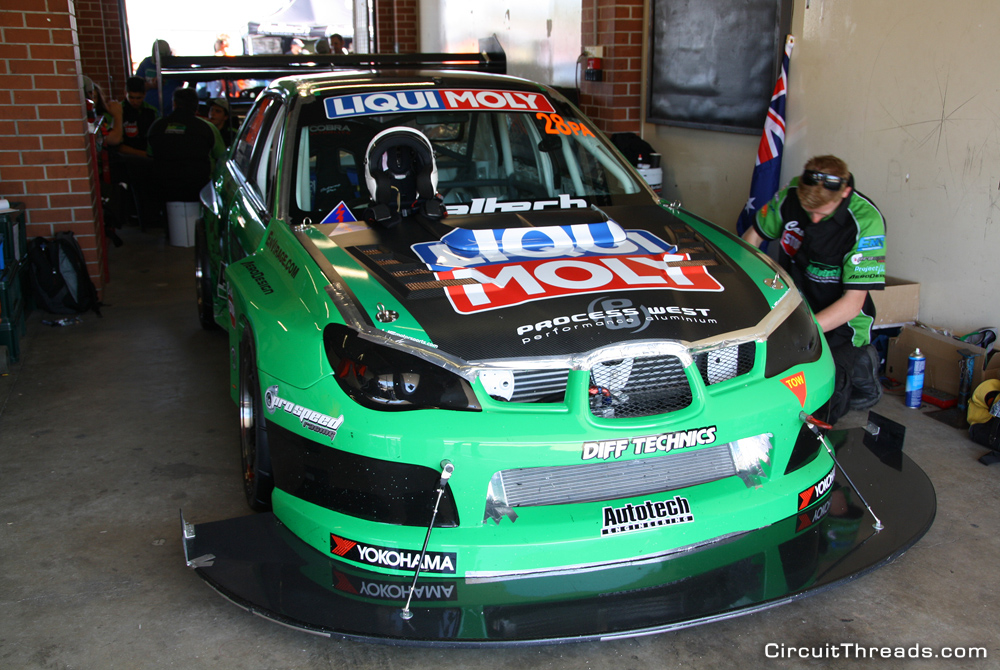 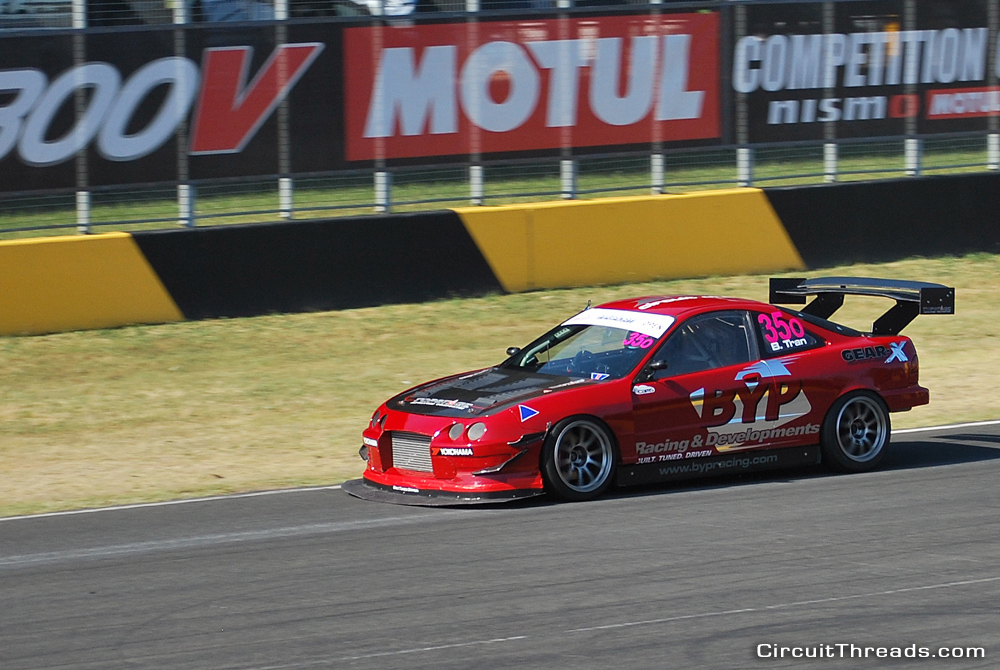 Open Class proved to be a very popular and highly competitive category. Positions continued to change throughout the day, but ultimately Dean Lillie took the category win in the BC Automotive R32 GTR 1:31.798 ahead of Rick Bates driving the V Sport/Go-Pro Evo 1:32.426 and Benny Tran in the BYP Integra 1:32.680. 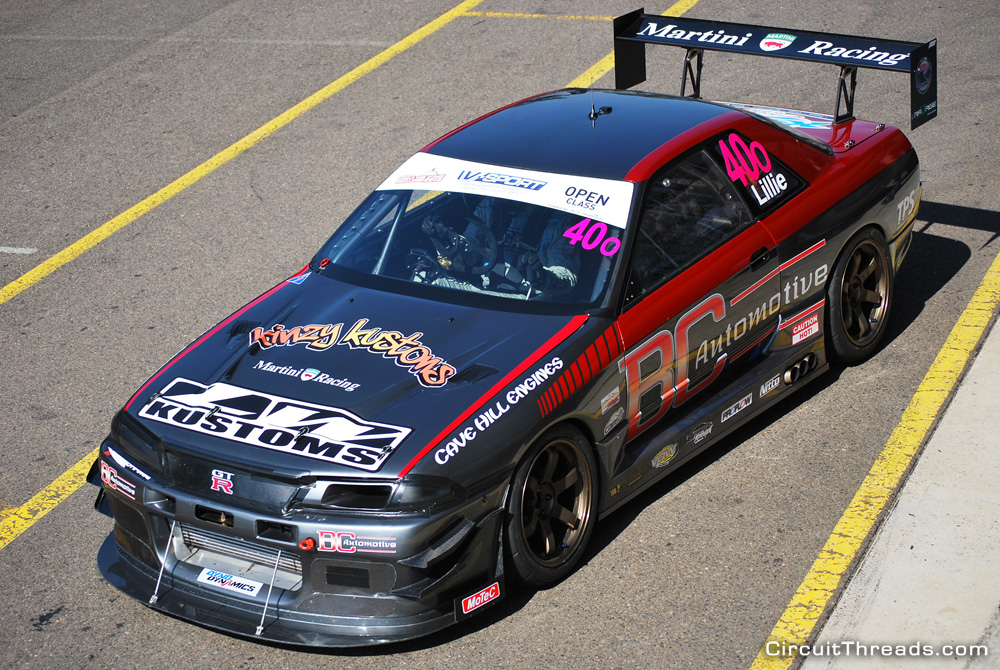 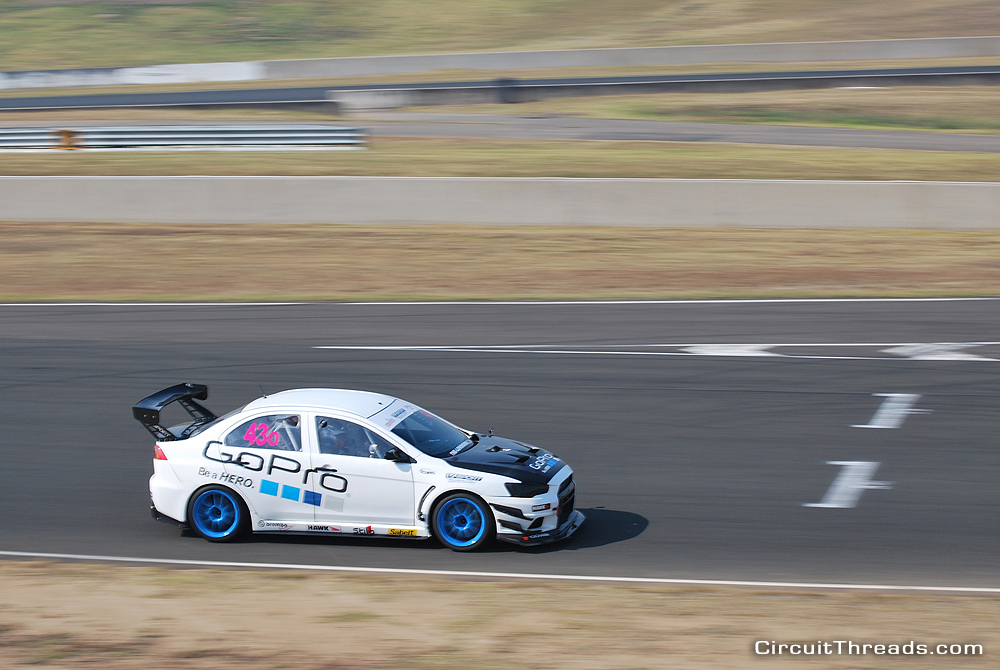 One of the cars that caught our attention throughout the weekend, was the Sutton Bros S15 driven by Andrew Sutton in Pro Am class. The crisp white paintwork highlighted the aggressive custom wide-body kit and contrasted against the carbon fibre aero enhancements. And it wasn’t just us who couldn’t take our eyes off this immaculate machine – we caught Nob Taniguchi and Under Suzuki perving at it too!

This humble Nissan S15 wasn’t just nice to look at though, they backed it up on the track with some pretty quick times too. Finishing the weekend with best lap time of 1:31.832 in 2nd position just behind class winners Mick Sigsworth in the Precision Maintenance Evo 1:30.957. 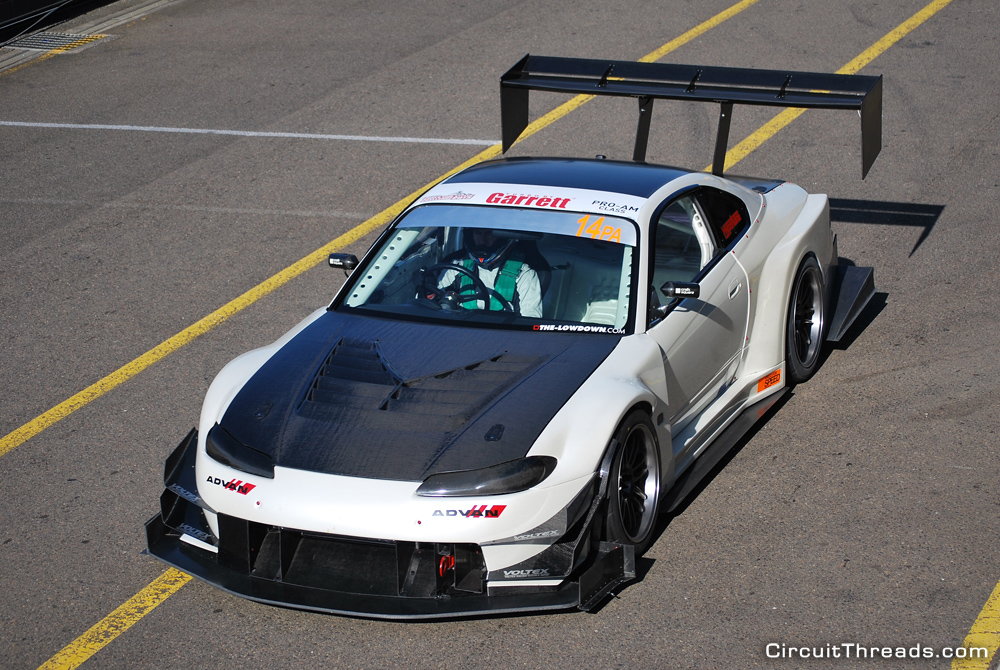 The Simply Racing team from Cyprus and R-Magic/Endless RX7 from Japan were newcomers to WTAC and the Sydney Motorsport Park circuit. Both teams had their issues in the preparation and lead-up to the event, but they managed to set some respectable times. Andy Papageorgiou (Simply Racing Evo) finished 4th with a time of 1:33.298 and Atsushi Shimaya (R-Magic/Endless RX7) only a small margin behind in 5th with a time of 1:33.555. 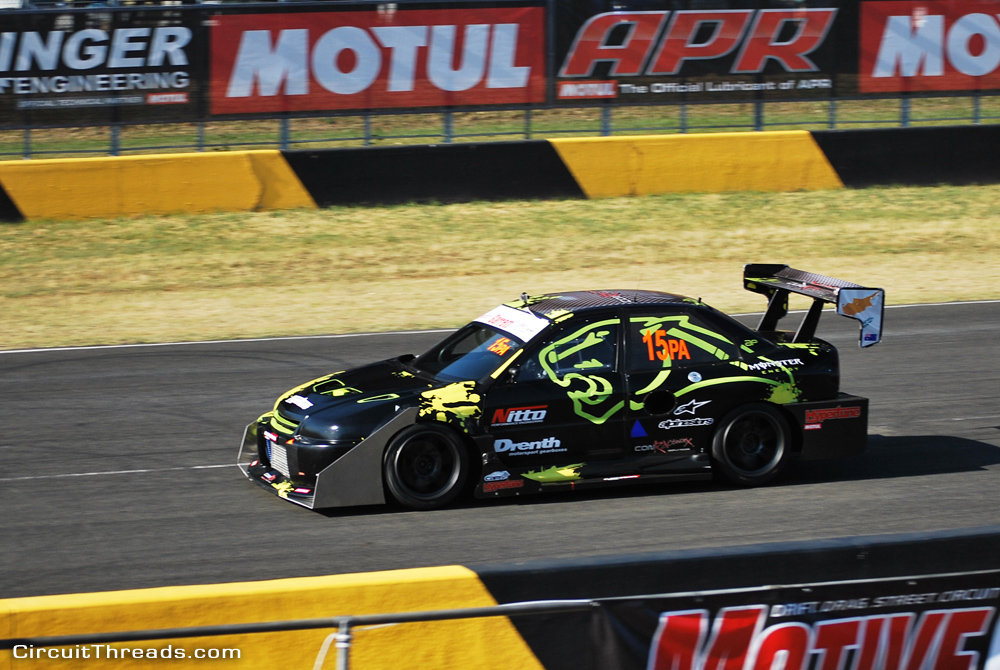 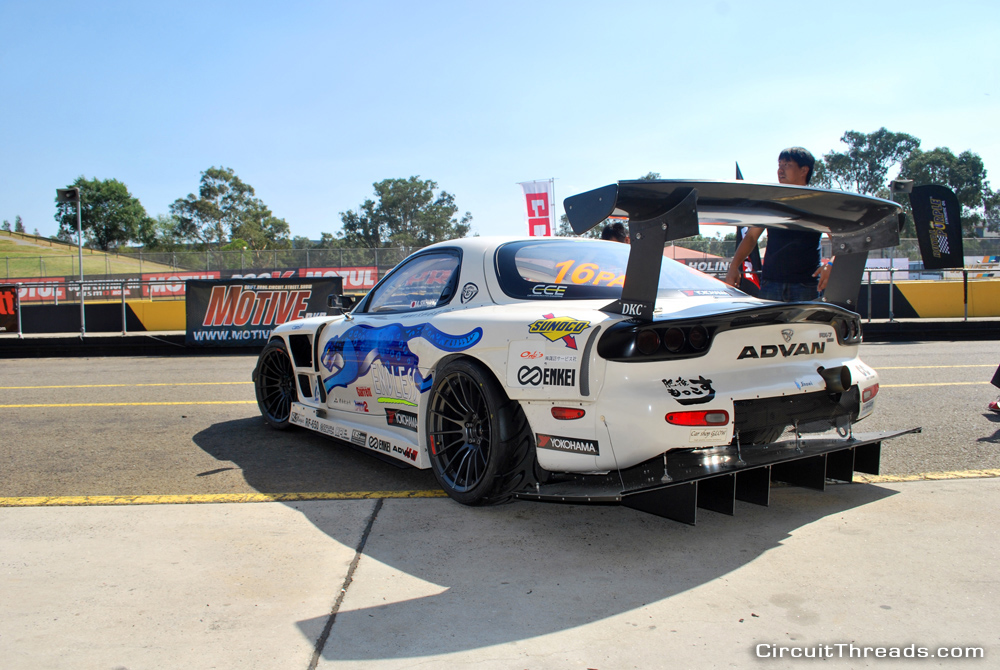 The day was coming to a close with the final session for the Pro Class. The pit lane was filled with teams celebrating their accomplishments in their respective categories. But the Pro Class teams were still frantically making adjustments hoping to gain a few tenths of a second. Unfortunately, the Japanese teams narrowly missed a podium finish with privateer Under Suzuki (Scorch Racing) ending the event in 4th position again with a new PB of 1:27.958, just ahead of Nob Taniguchi driving for both Top Fuel S2000 1:28.866 and RE Amemiya RX7 1:29.867. 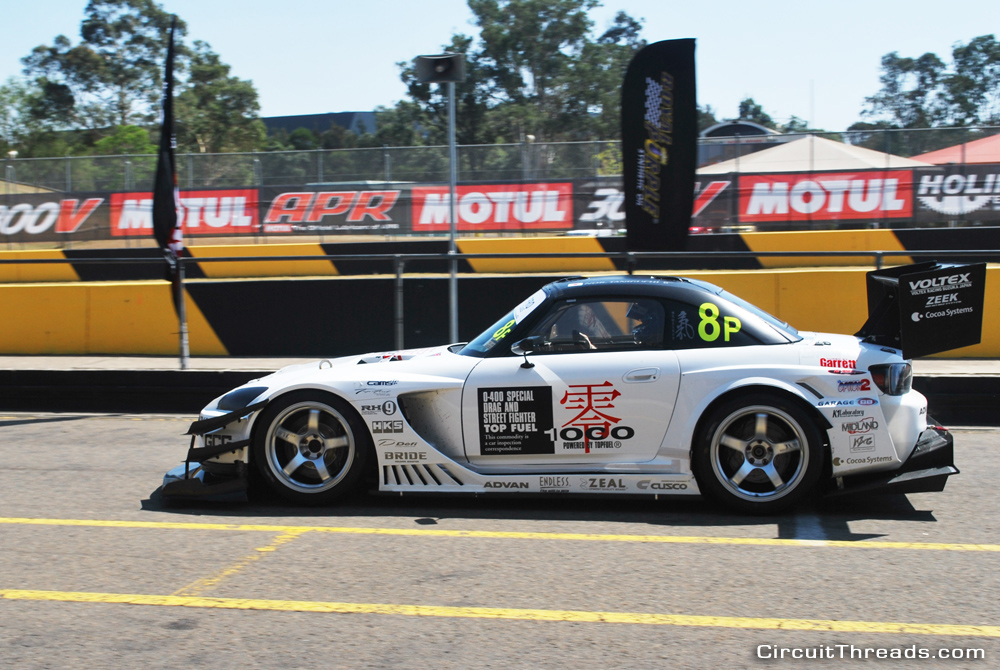 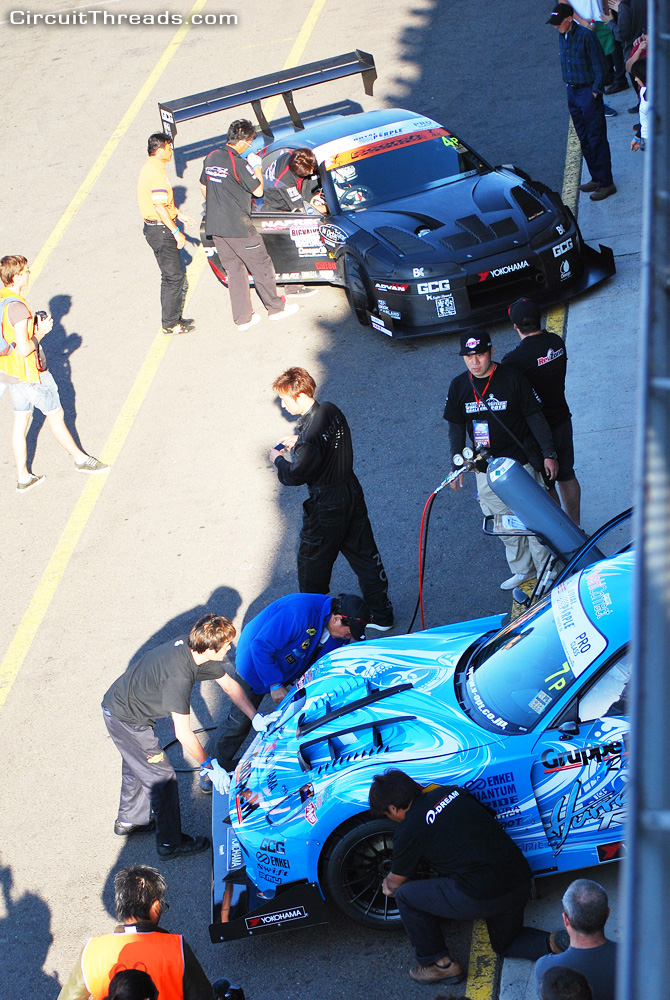 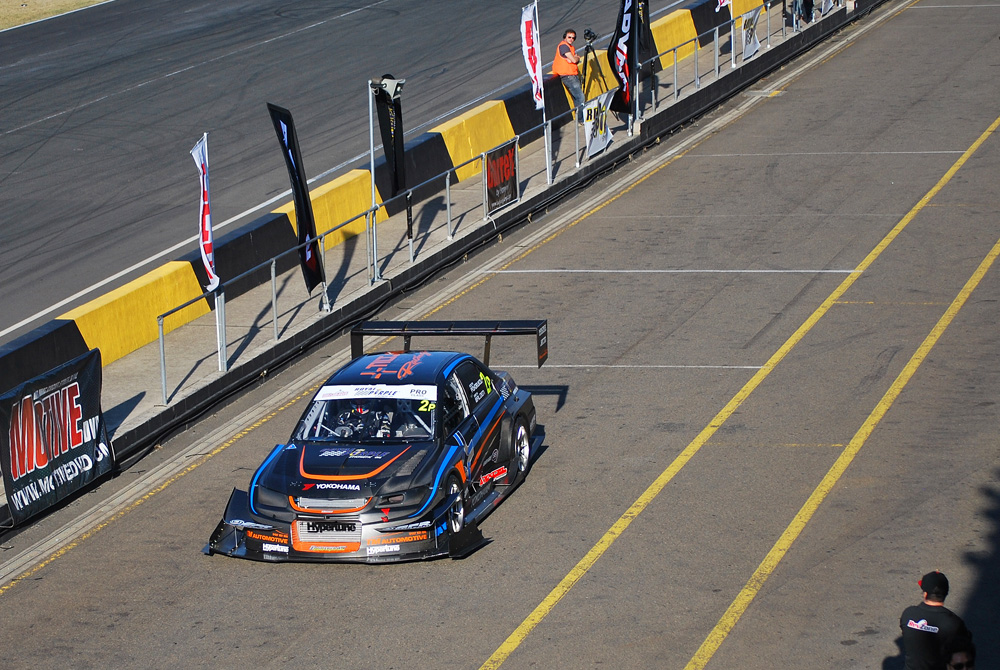 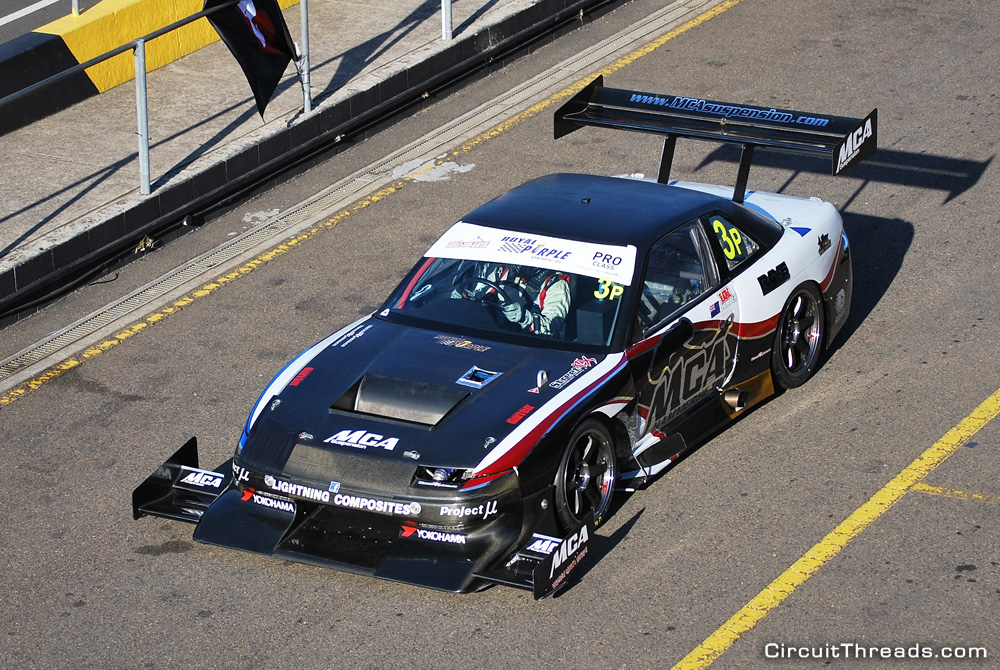 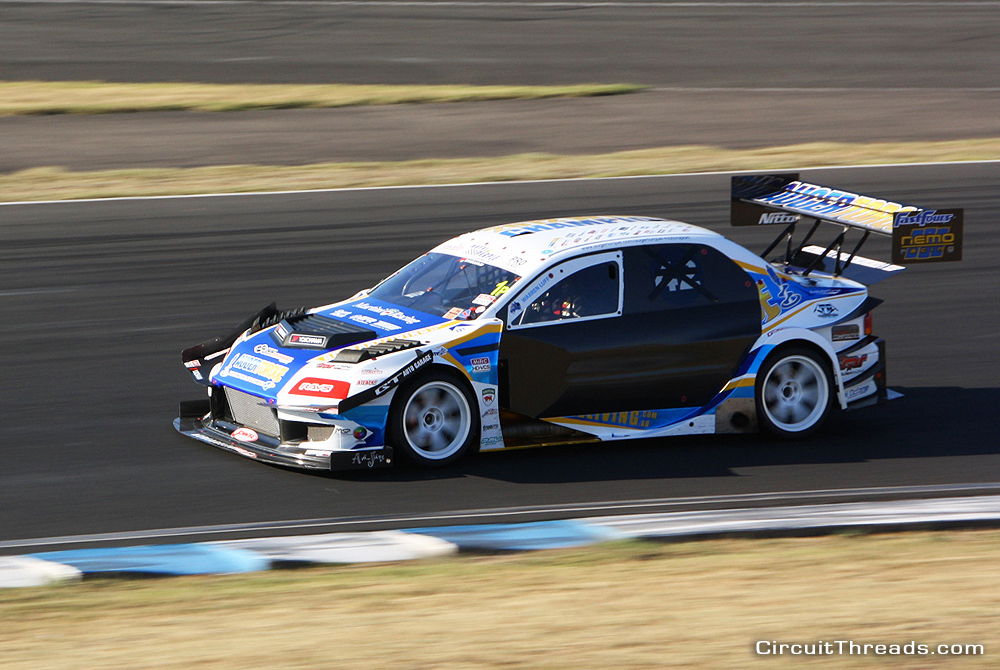 World Time Attack 2013 was by far the best WTAC event organized since the inaugural year in 2010. The organisers have done an amazing job this year, with smaller but more competitive categories, with plenty of entertainment and points of interest. We’re already counting down to next year’s event! Bring on WTAC 2014!

Thanks and acknowledgement to our guest contributor Ben Johnson for authoring WTAC 2013 Part 1 and providing additional photography of the event.