Round 2 of the Skylines Australia and Impreza WRX Club Championship rolled into Calder Park Raceway over the weekend. Plenty of members attended the day with 69 entrants participating to tackle the 8 turns and 2.28KMs of Calder’s National Circuit. 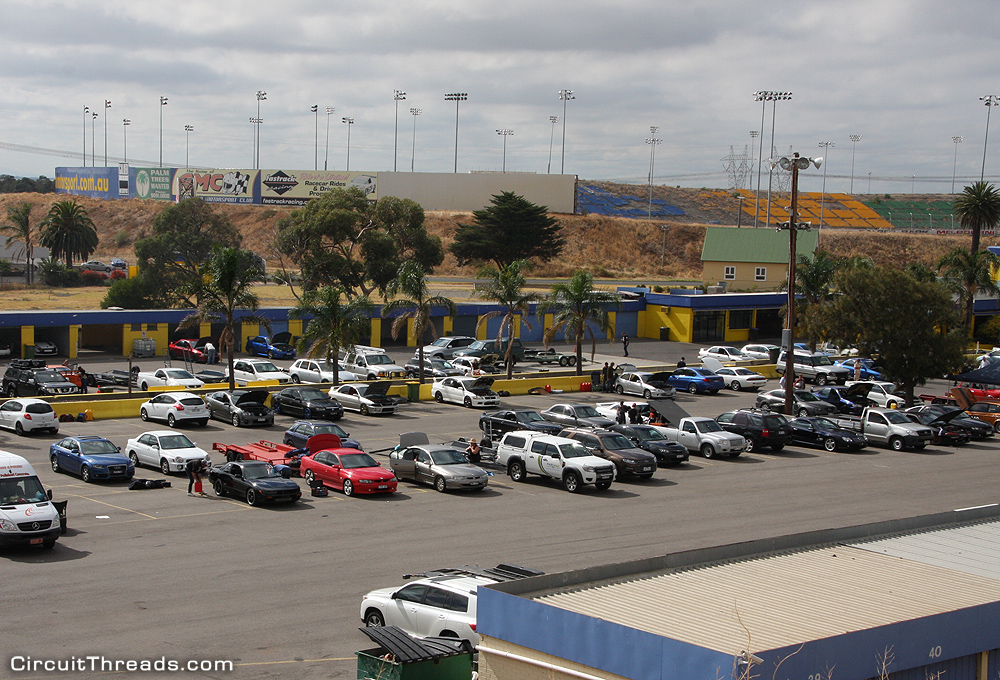 We got there nice and early to see most people unloading their cars from their trailers. This car stood out being the only Mazda in attendance and it made sure it was noticed with the sound from the rotary engine being heard from one end of the circuit to the other. Unfortunately some mechanical issues ended its day early but it still managed top spot in the Associate under 3000cc class. 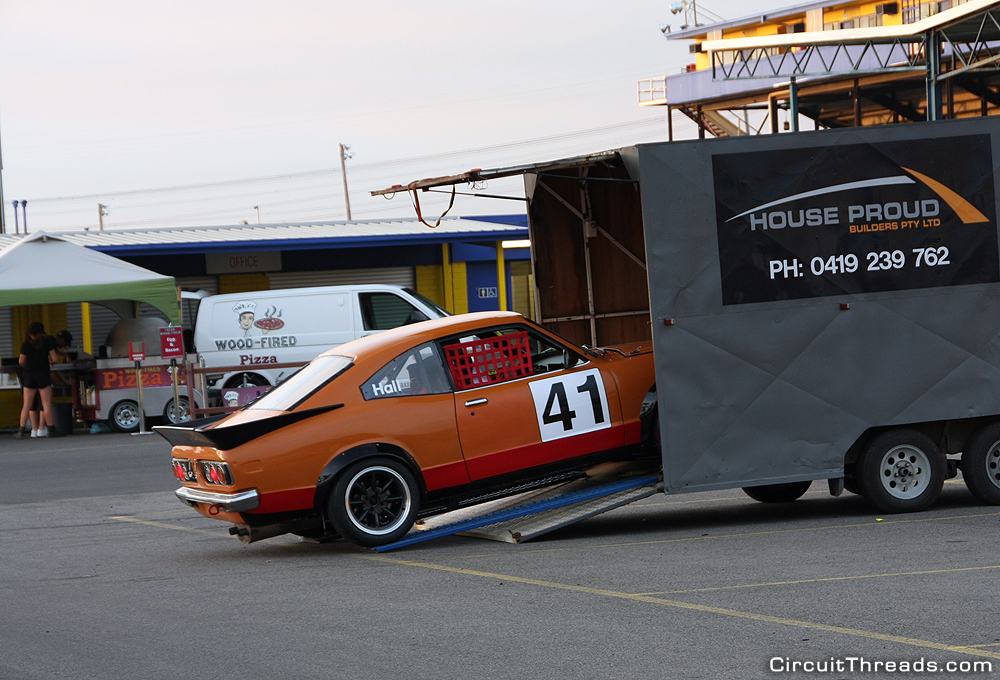 While most were tinkering with their car setups, these guys had the right idea setting up marquee, chairs and even a BBQ! The shade was much needed as the day progressed…(we’re still recovering from the sunburn!) 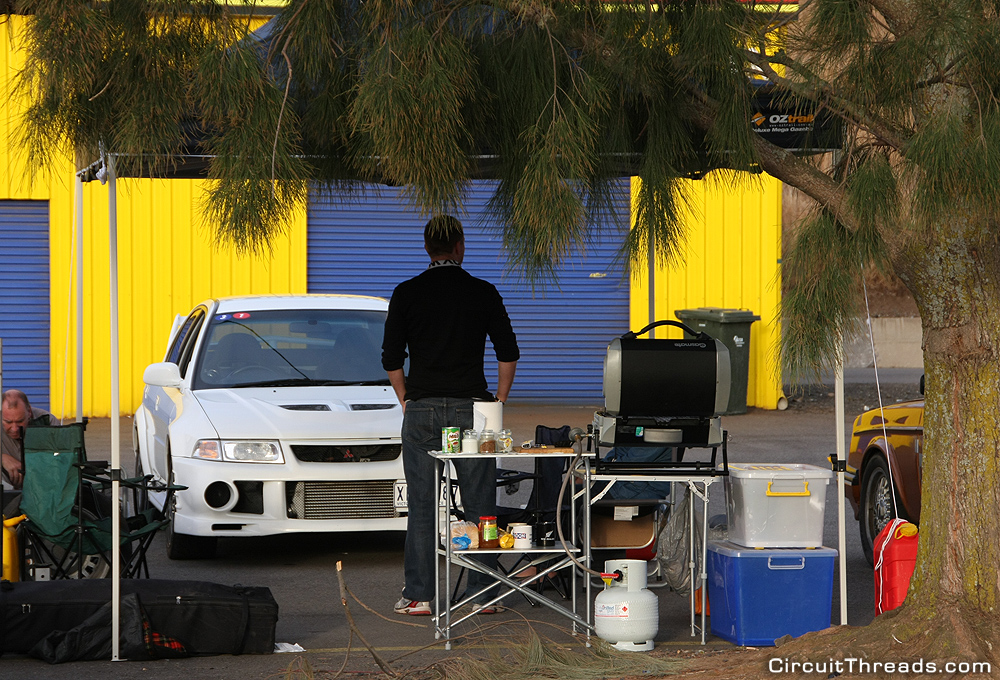 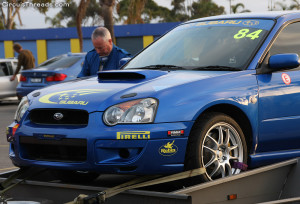 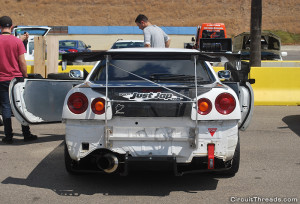 There was a nice variety of cars too with a pair of BMW 1Ms there, some Audis and a single Toyota 86. The 86 really stood out with Volk Racing G25s, big brake upgrade and TOMs taillights. With such a good starting package, we hope to see more of these out on the track. 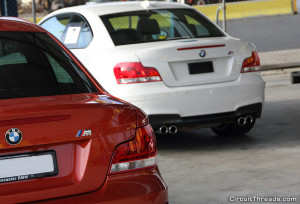 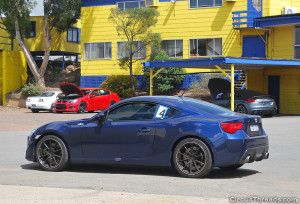 The Imprezas dominated the pits though. 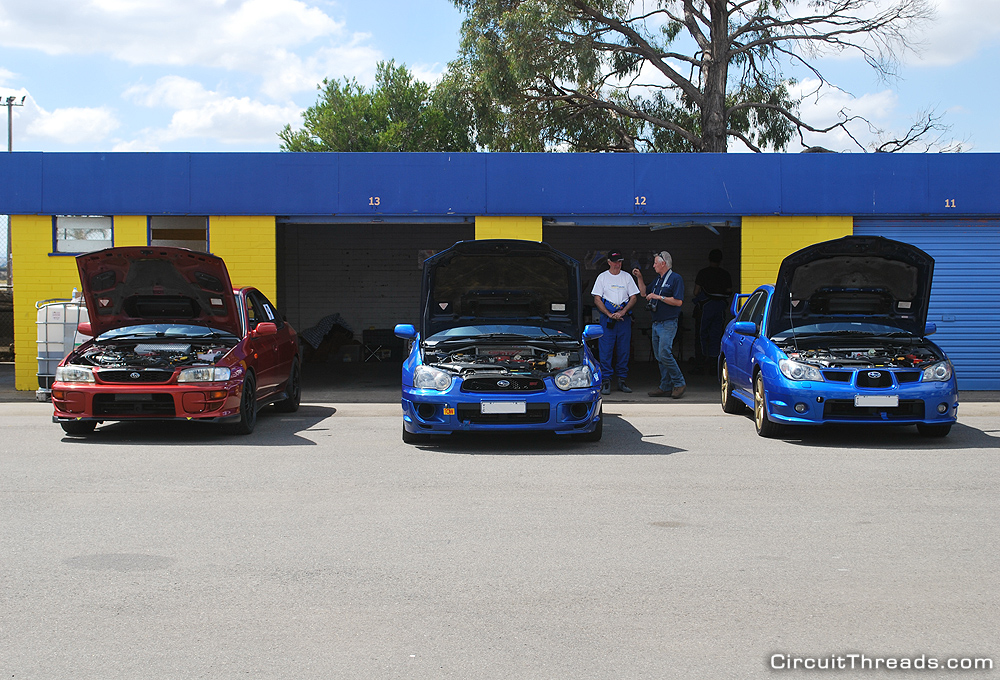 Quite a few of them were all out track weapons with stripped interiors, cage and racing seats. 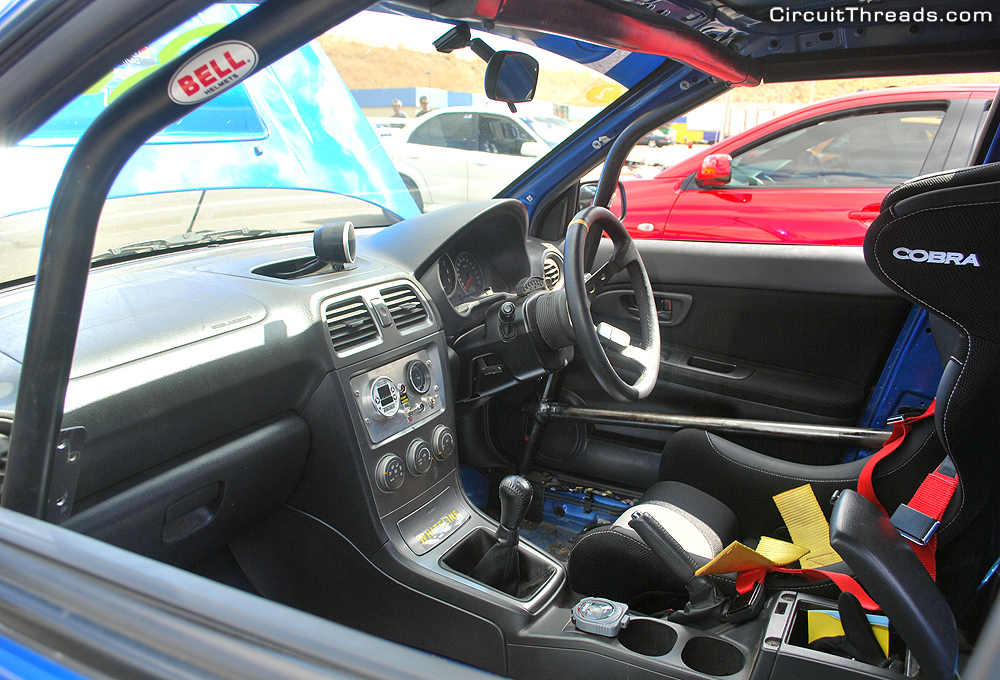 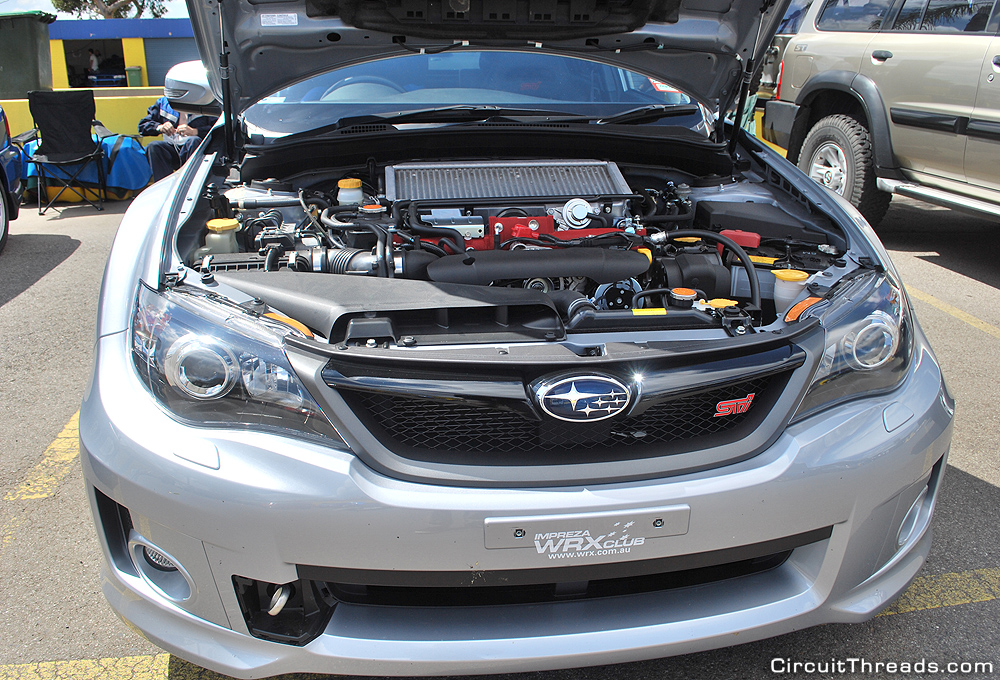 The hi-po cars in Group 1 kicked off proceedings and with cars like this Porsche 911 Turbo in the mix it got the adrenalin pumping for the day ahead. The 911 Turbo also took out top time of the day with a 1:02.2434. For some context, this puts its faster than the Calder Park IPRA record of 1:03.2292 set by Rohan Ambrose in his Mazda RX7. 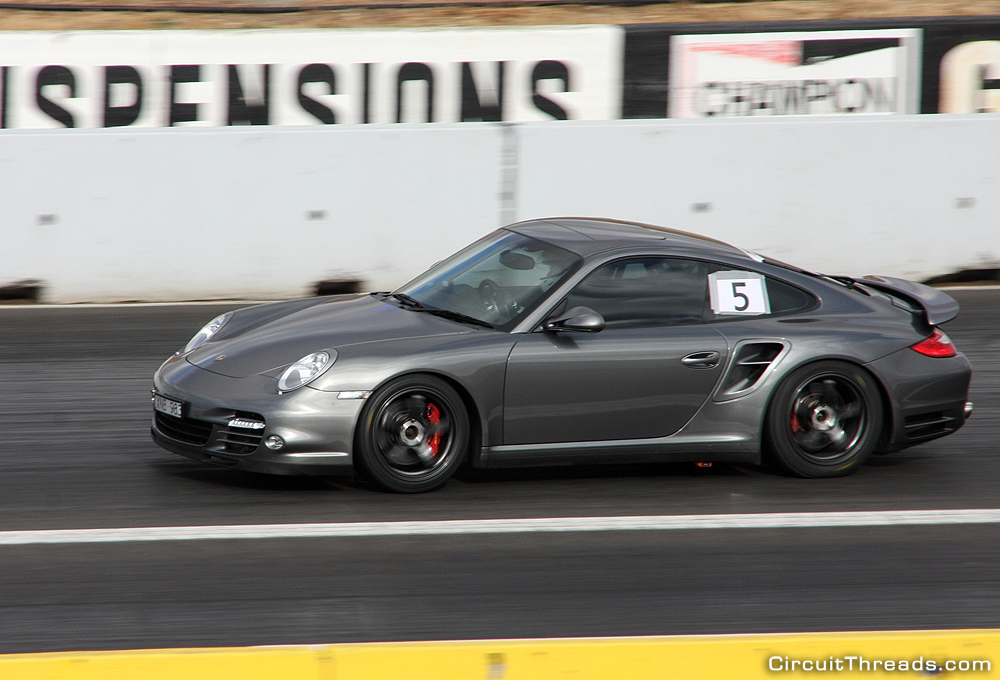 Our focus was quickly drawn to the RMODE Nissan R35 GTR and we watched on in amazement as it muscled its way around the track to stay ahead of the Porsche. 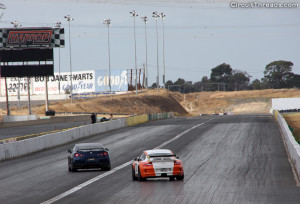 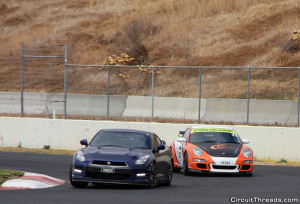 Another Group 1 Nissan mixing it with the Porsches and it wasn’t far behind the R35 either. 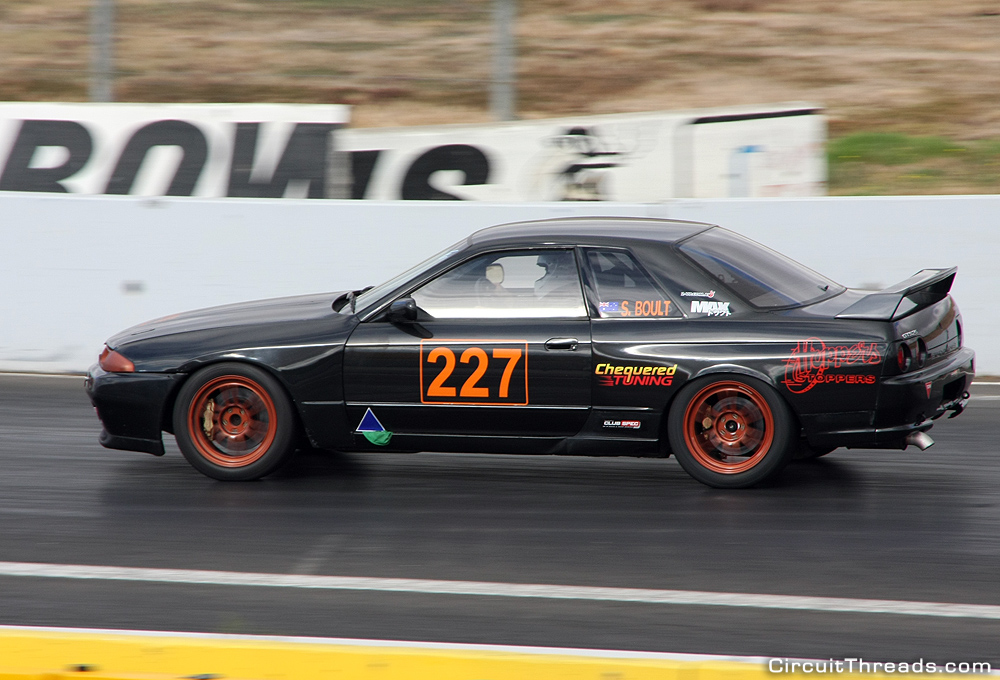 The action continued throughout all groups with some close and skillful driving.

Action was mainly dominated by the AWDs…from the Evos… 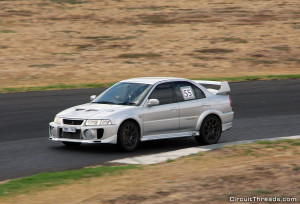 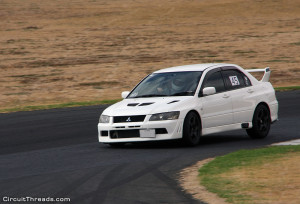 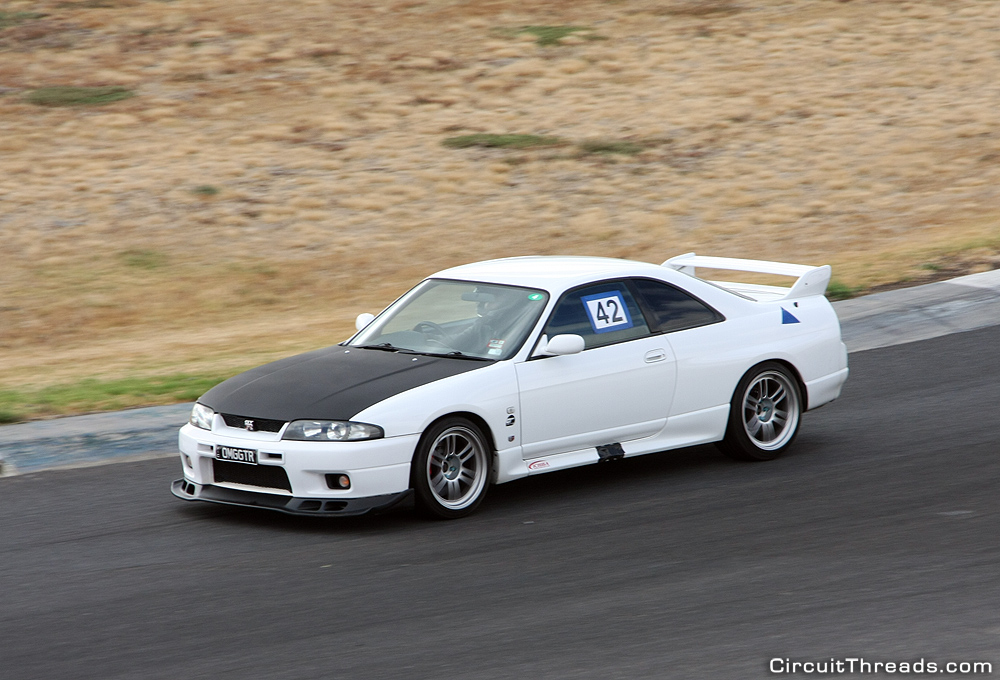 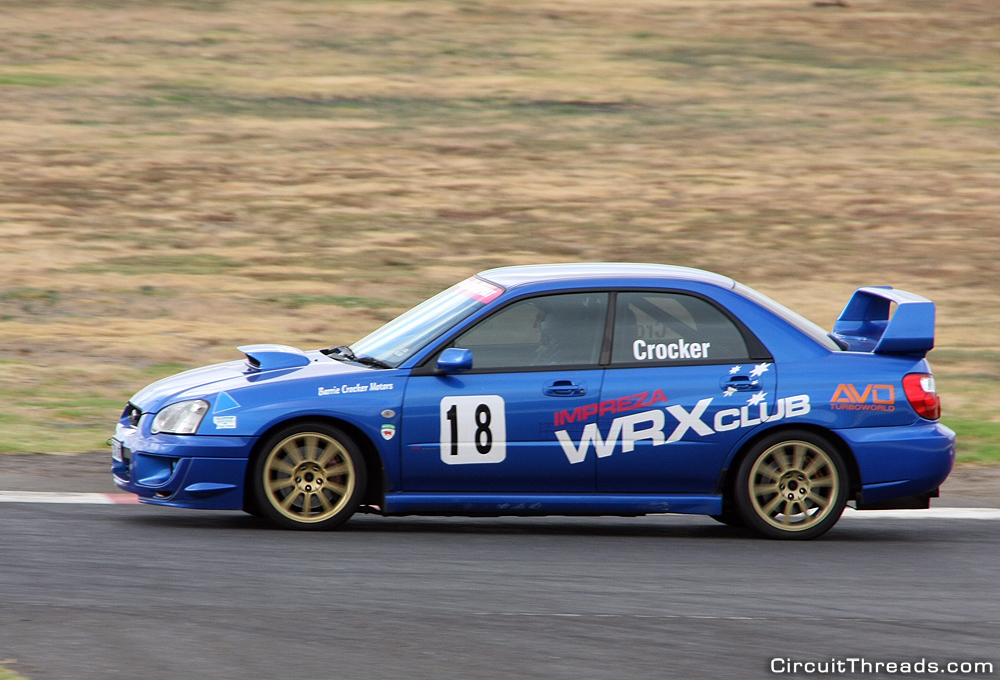 Given the event was hosted by the WRX Club, it was good to see the WRXs on the track together. 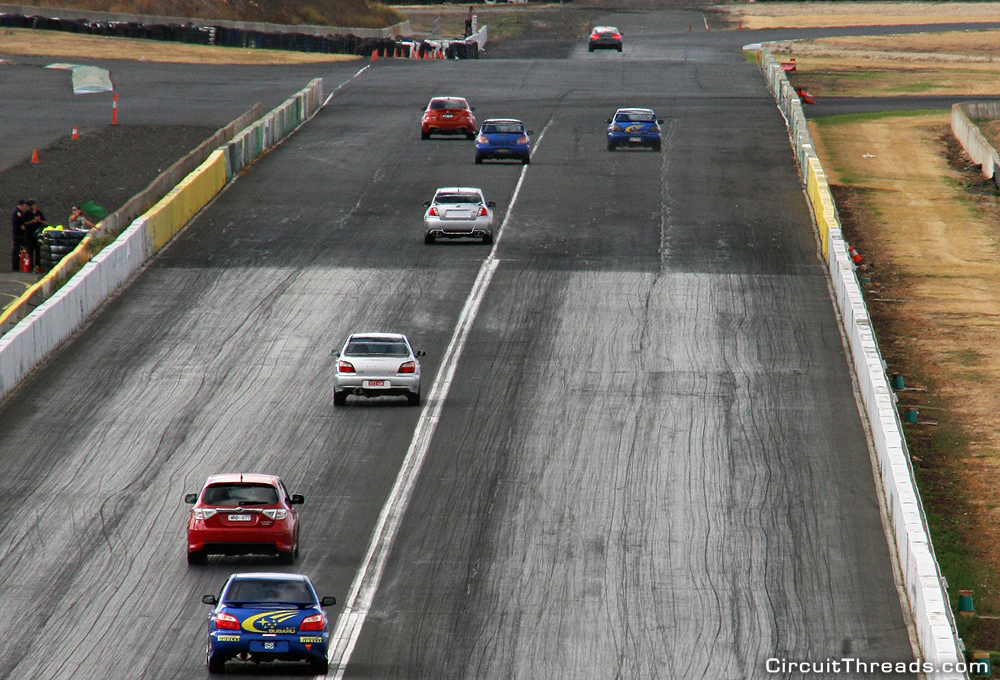 Having attended the Top Torque tour a few weeks earlier and catching a glimpse of their demo car half complete, we were excited to see it out on the track and seeing the company testing their work in track conditions. 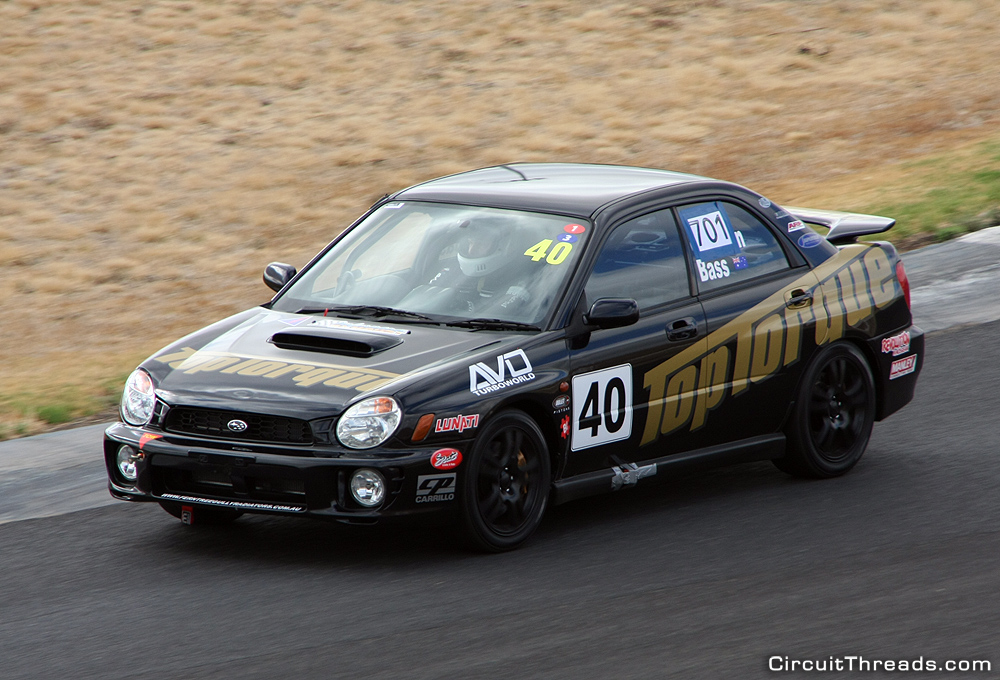 The rear wheel drives were also represented with a few Skylines and Silvias there. 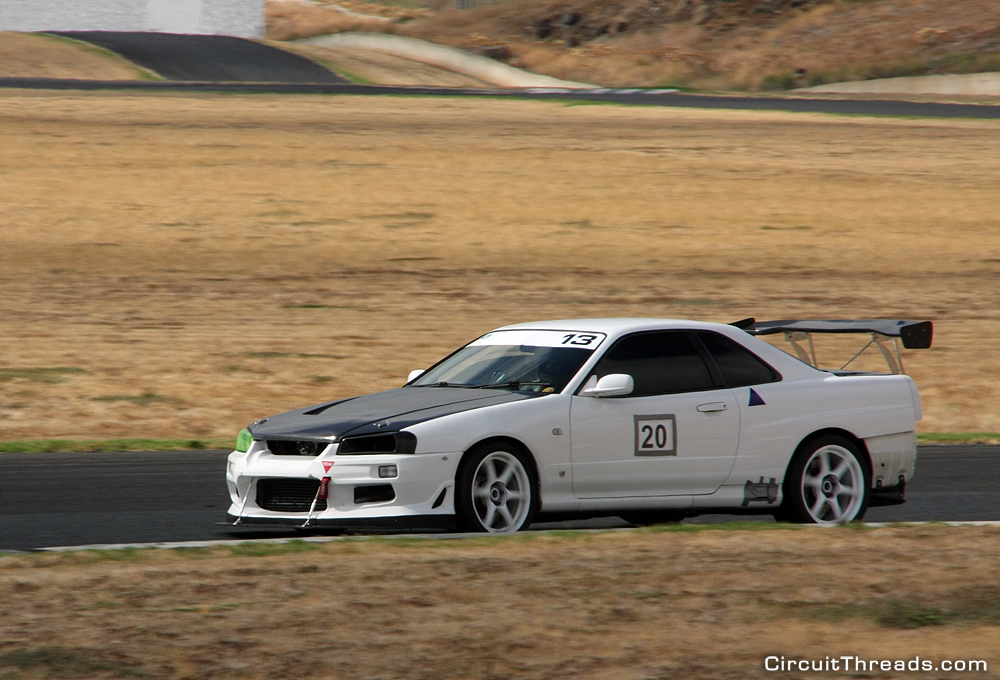 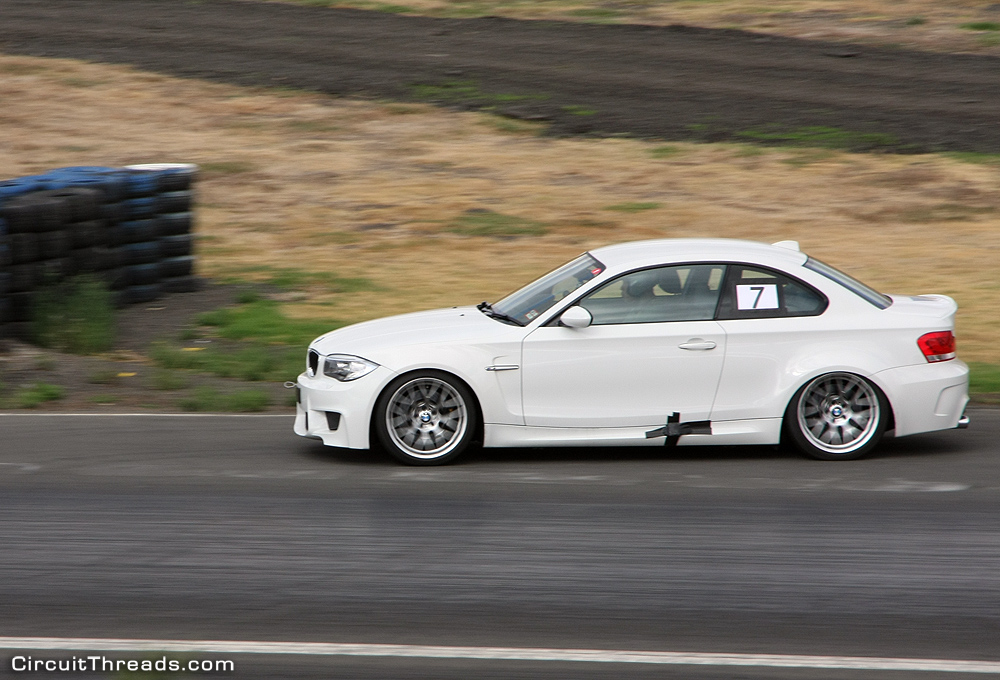 While this EG Civic represented the FF crowd. Unfortunately we didn’t get a close up look at this car but some stickers suggested it was hiding a K-swap so hopefully we can get a closer look at the next round. 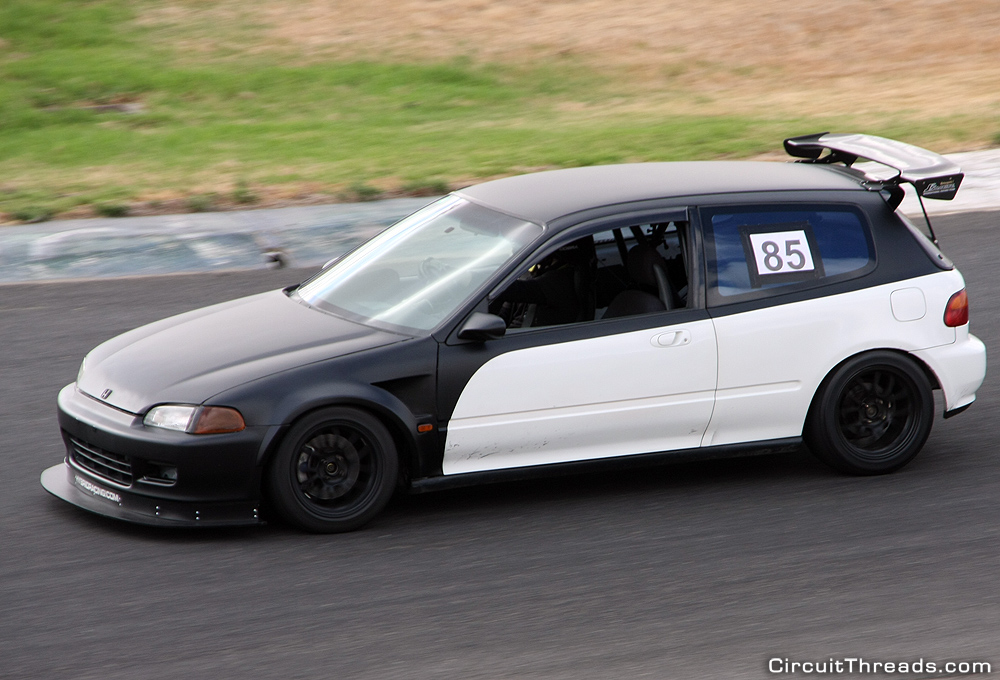 The guys piloting this stripped out FF Mirage showed that motorsports can be achieved on a modest budget without taking away from skill or fun. The mirage copped a beating from both drivers but didn’t skip a beat with both drivers posting near identical best lap times of 1:16.7472 and 1:16.7572! 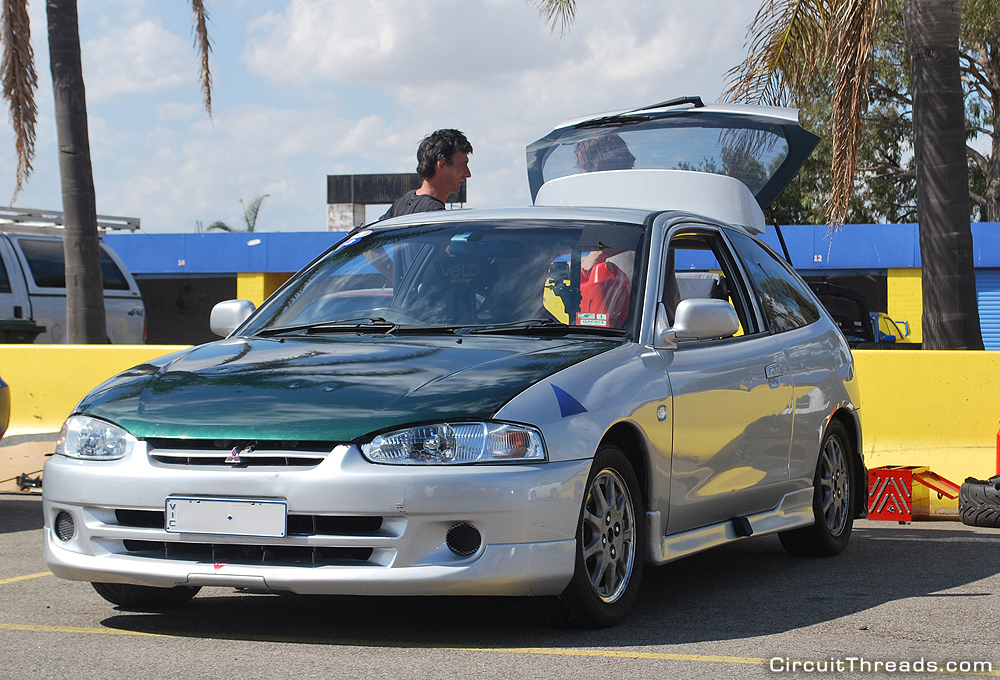 The Club Championship Round 3 continues next month at Sandown Raceway on April 12th so keep an eye on our calendar for event listings. We hear there will be a special BBQ on so head to the SAU and WRX Club websites for more details.

If you missed the previous round click the link for coverage of Round 1 at Phillip Island.