While the visit to the D1GP Round at Suzuka was our main drift stop on our Japan trip, we really wanted to experience a local event to see how drifting was done at the grassroots level. So we headed out to Fuji Speedway to drop into a practise day held on the Fuji Drift Course.

First car to greet us at the entrance was this 86 complete with Panda colour scheme and mismatch wheels! 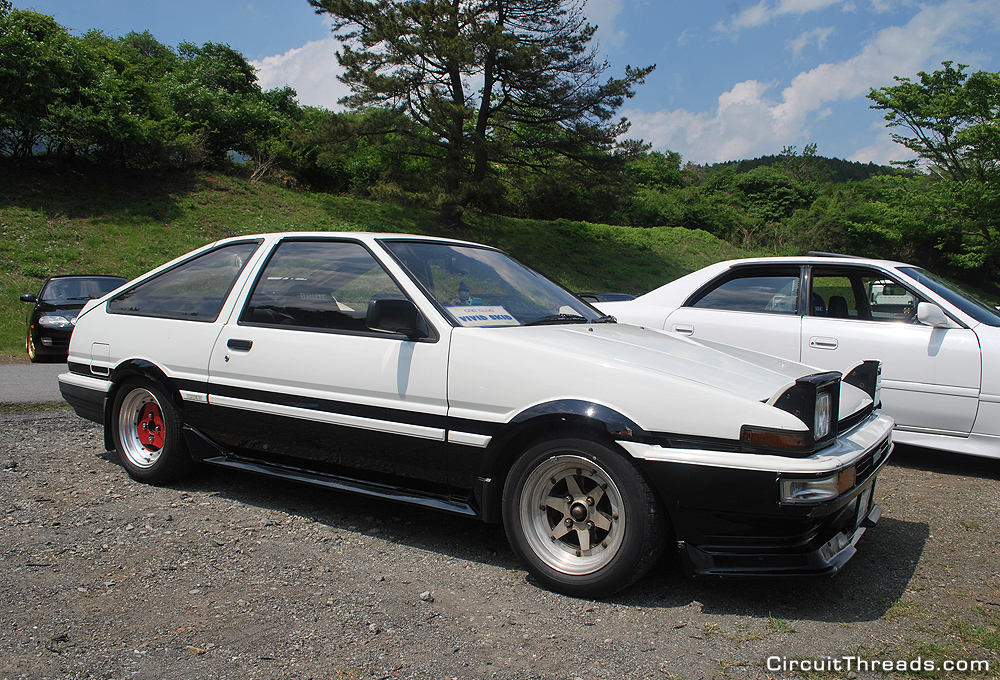 It even wore matching 86 JDM plates! 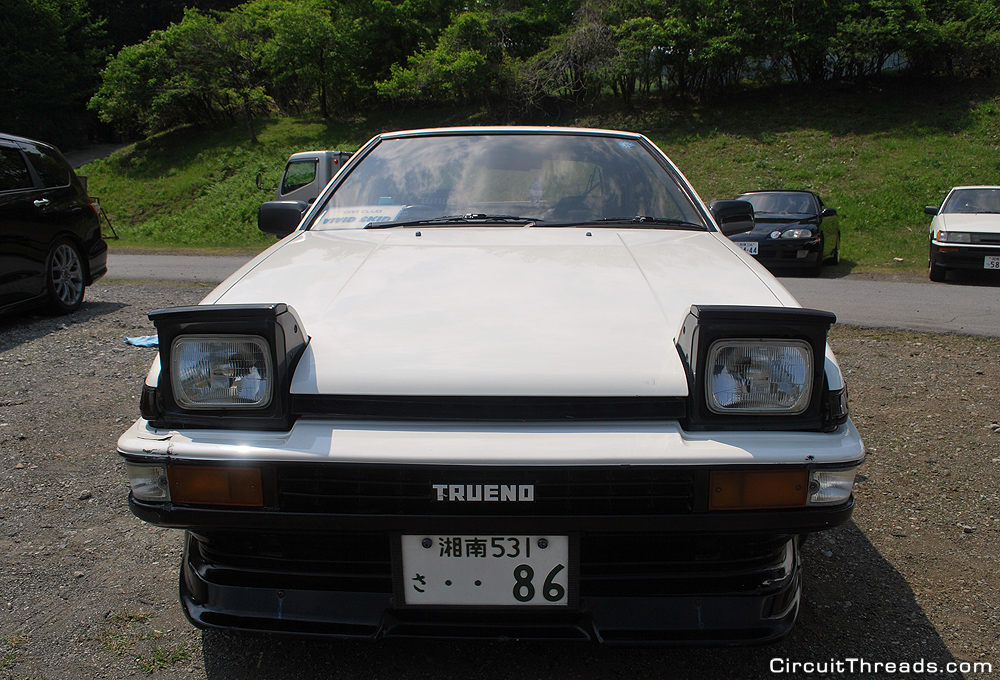 The parking bay was full of nice drift cars. This Onevia nailed the drift look with its wide body kit and deep dish wheels… 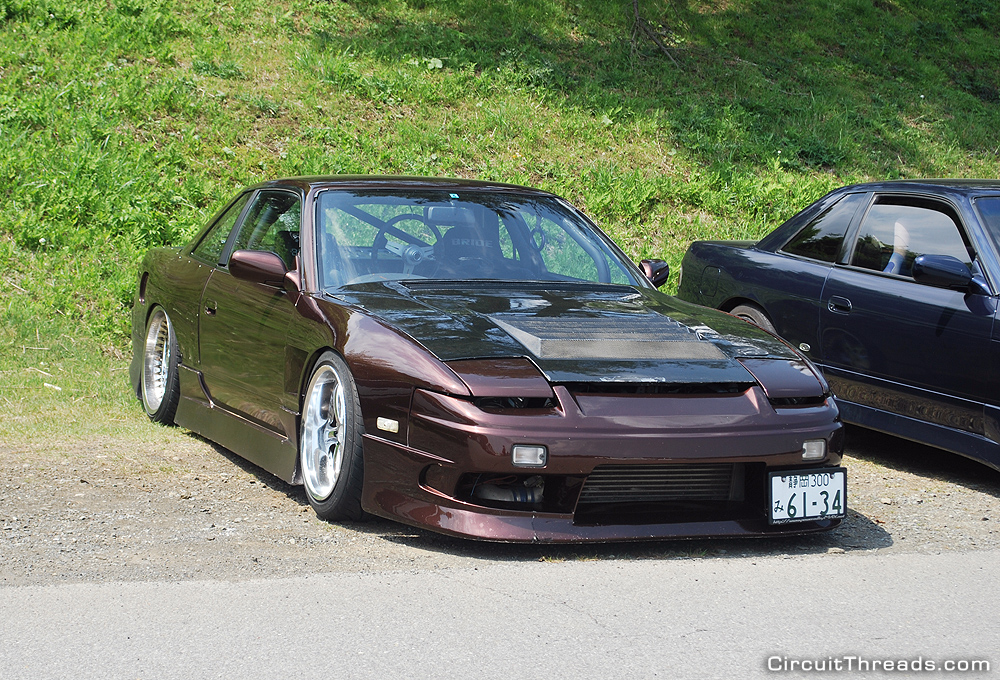 As did this Chaser with the custom flared guards. 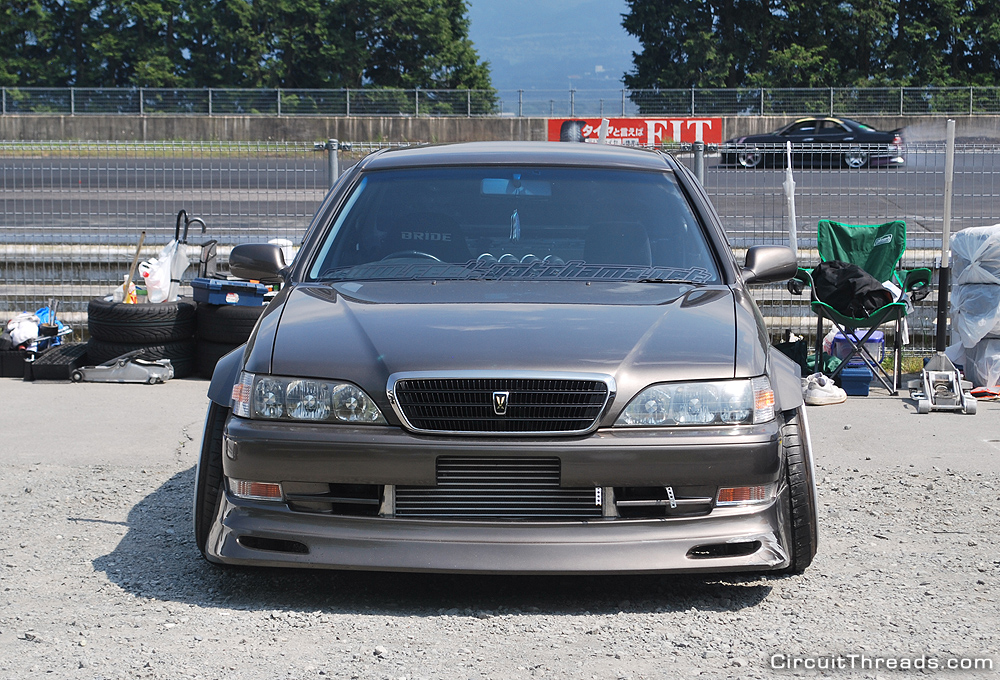 The pits were pretty relaxed with people either looking on or working on their cars. 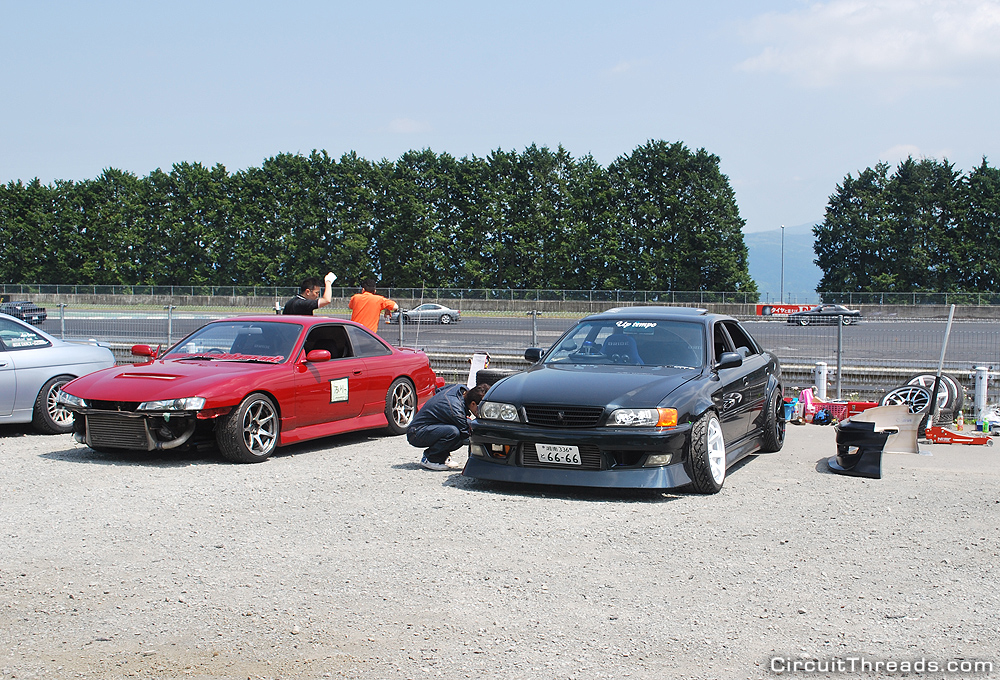 4 Door Toyotas and Nissan’s S-Chassis were clearly the most popular drift chassis as they were everywhere. But when you can’t decide between the marques…you take the best of both! 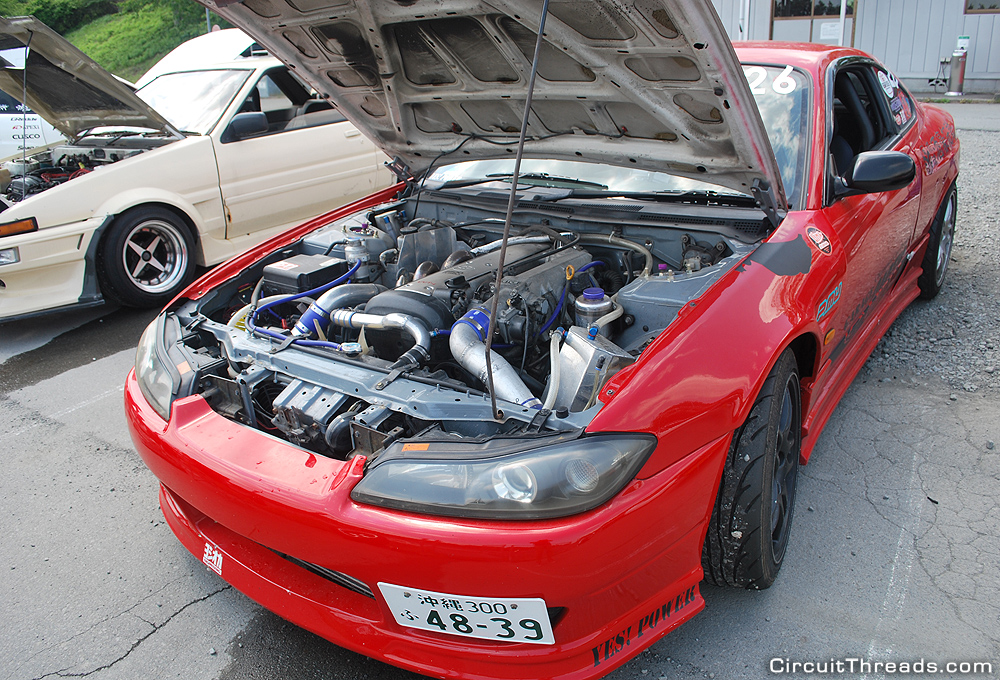 The Chasers are still quite rare over here so it was a treat seeing so many great examples. The big sedan bodies covered in bright colours, bodykits and low ride height made them look like the perfect drift machines. 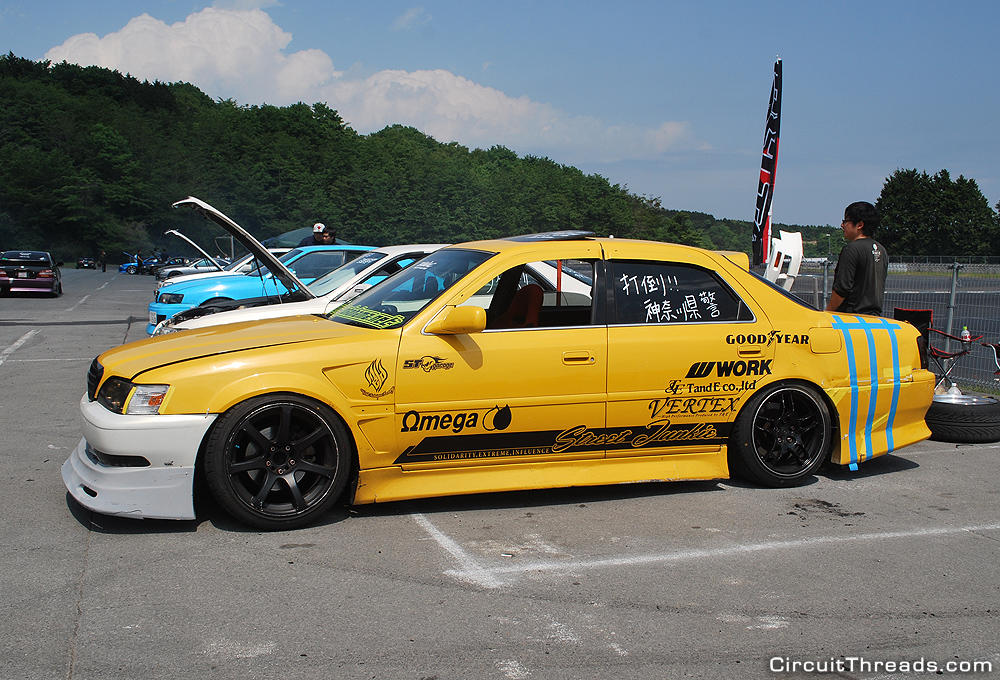 Even more so when they are covered in full vinyl print like the Weld Chaser. 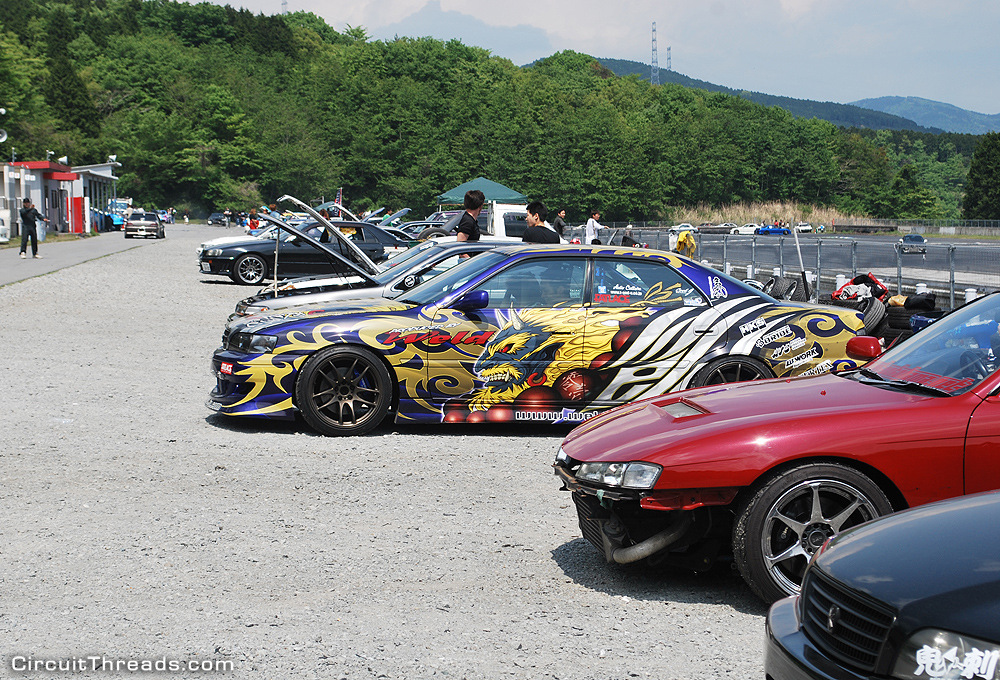 The Chaser also wore Fatlace stickers which seems to be just one of the growing number of collaborations between USA and Japan. Its great to see more Japanese Tuners getting worldwide exposure through these collaborations. 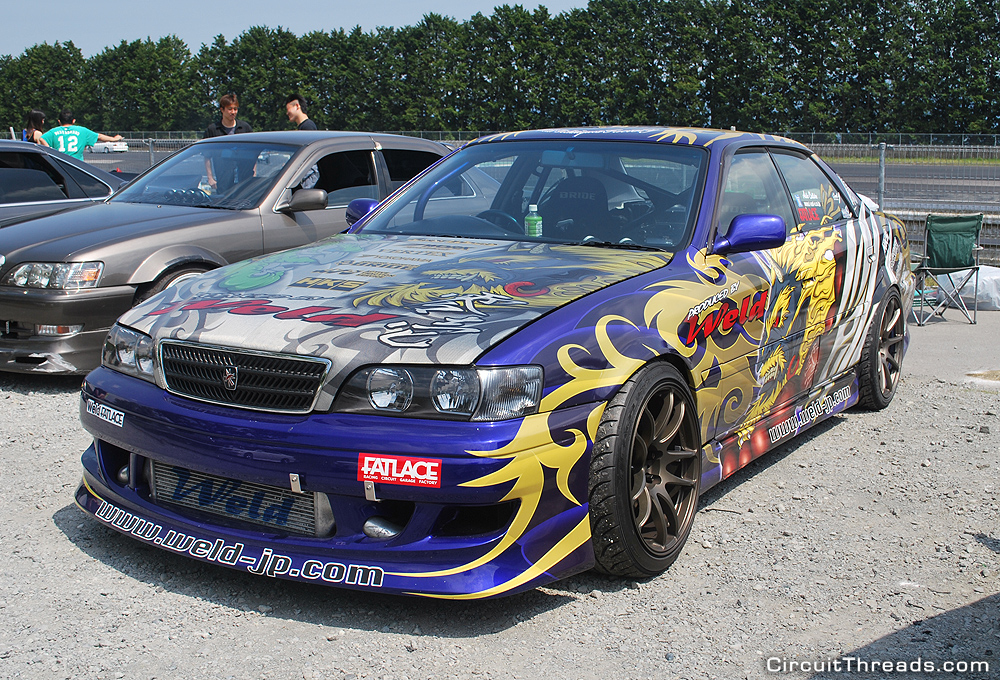 But sometimes, its the simple sticker free cars that often stand out the most. Whether it was a classic white on black combination…. 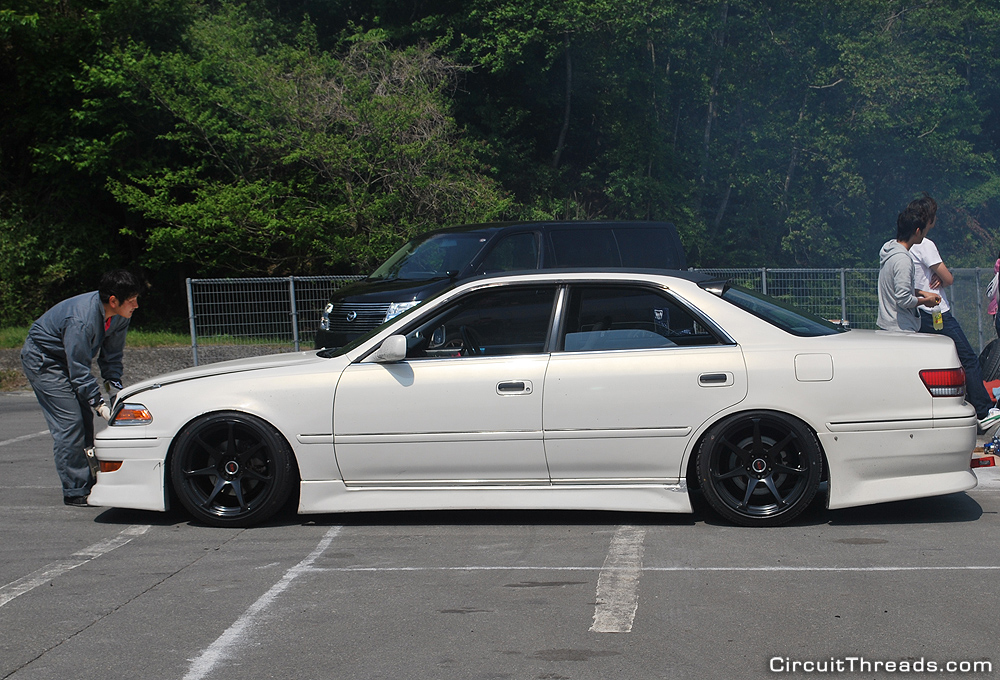 Or custom colour choice on a tasty selection of wheels. 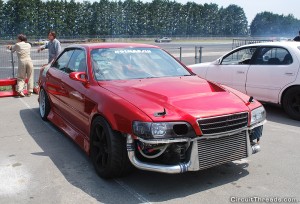 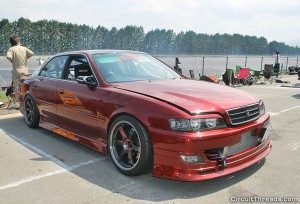 They looked even better out on track smoking tyres. 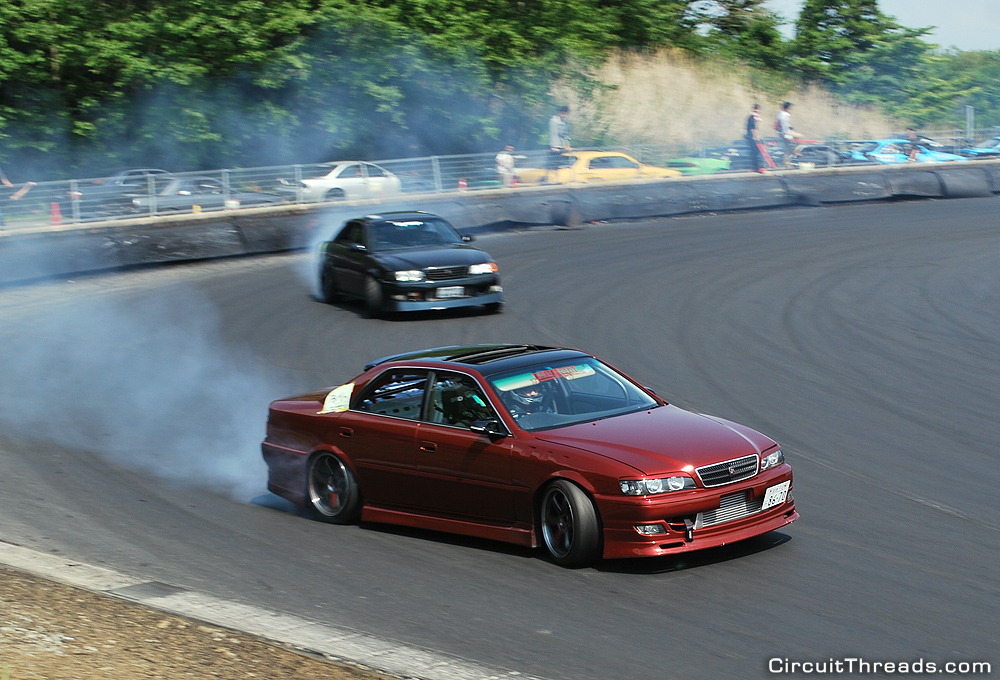 The Nissan lineup was equally impressive. This pair of S14s were drifting in tandem the whole time we were there. 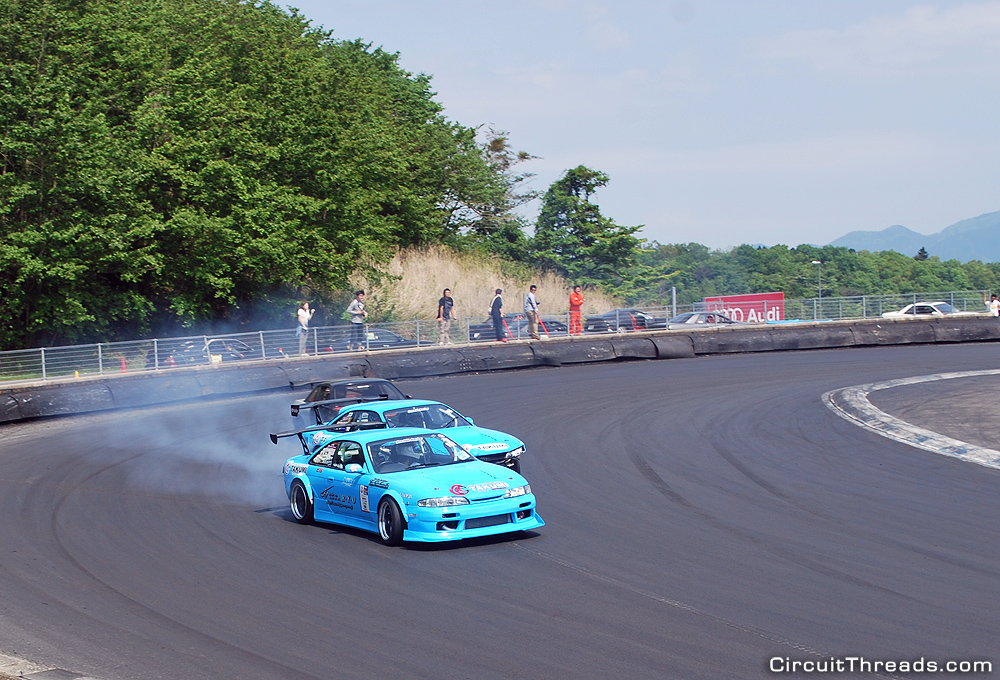 One was a Zenki 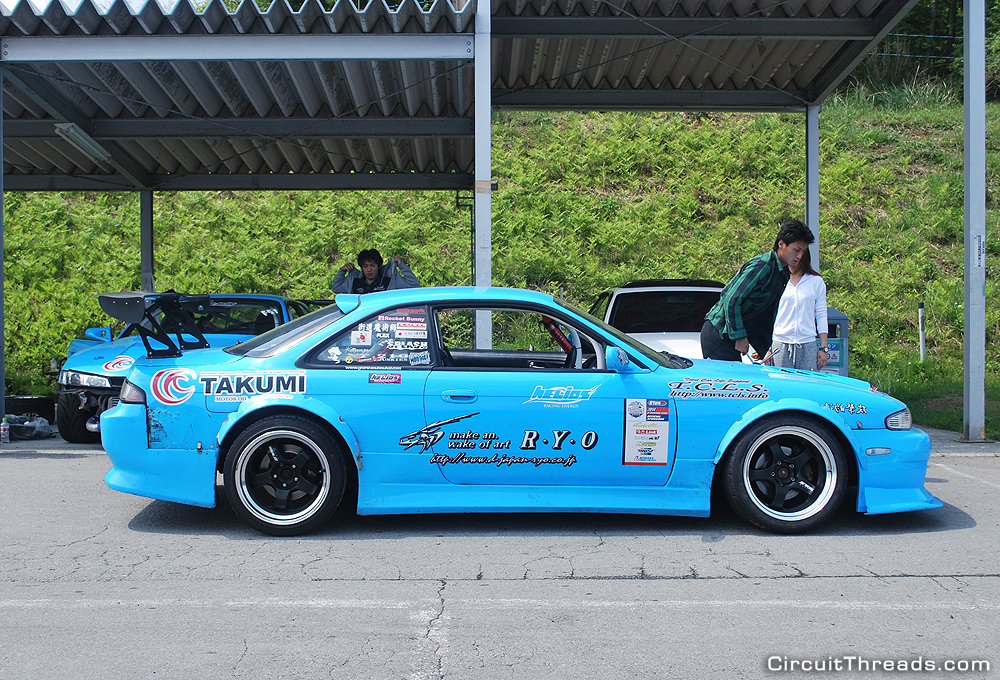 And the other a Kouki model 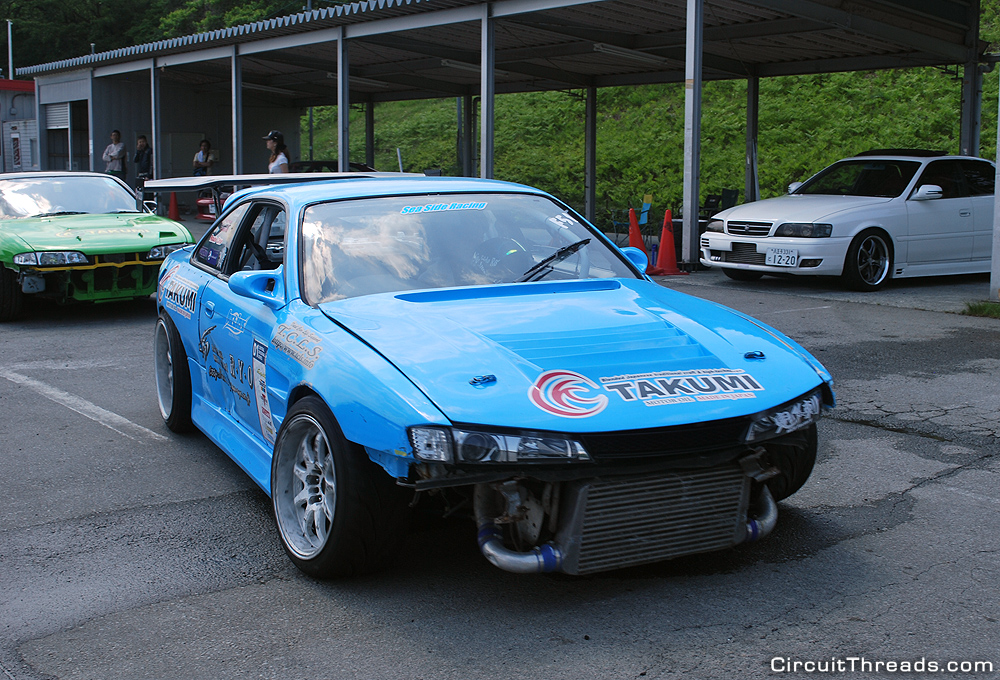 They were so well coordinated…both had their bumpers missing!! 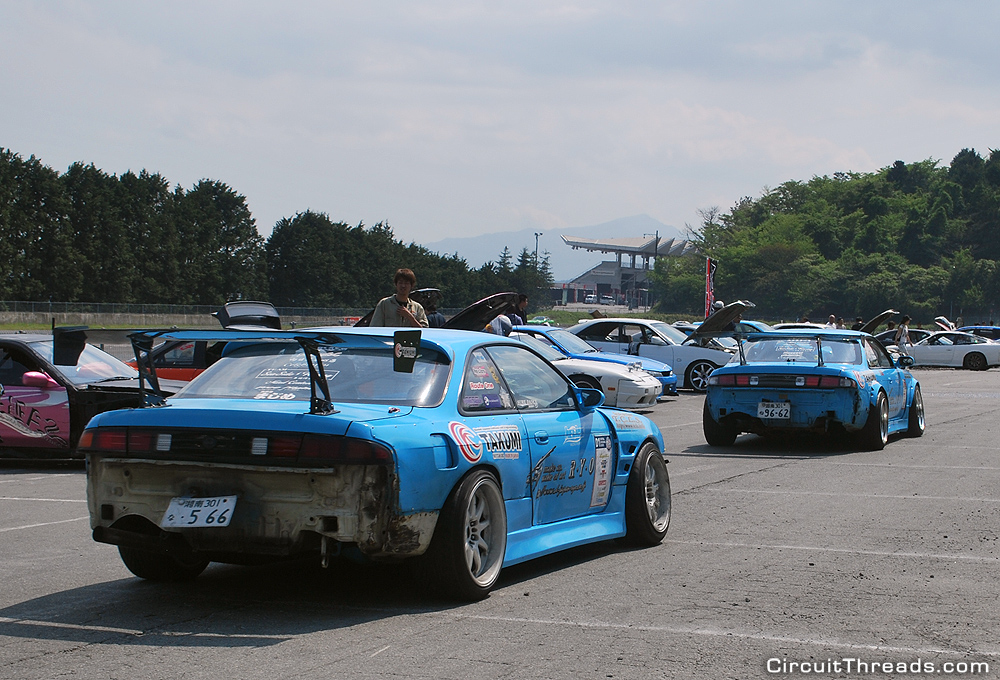 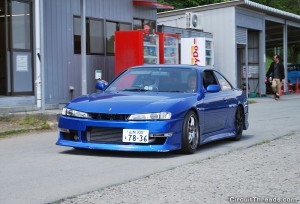 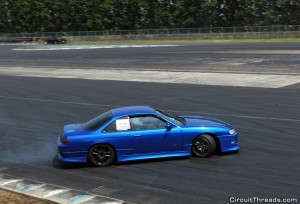 Skylines weren’t nearly as popular with only a few drivers choosing this chassis. We really dug the headlight conversion on this R33 though. Anyone know who makes them? 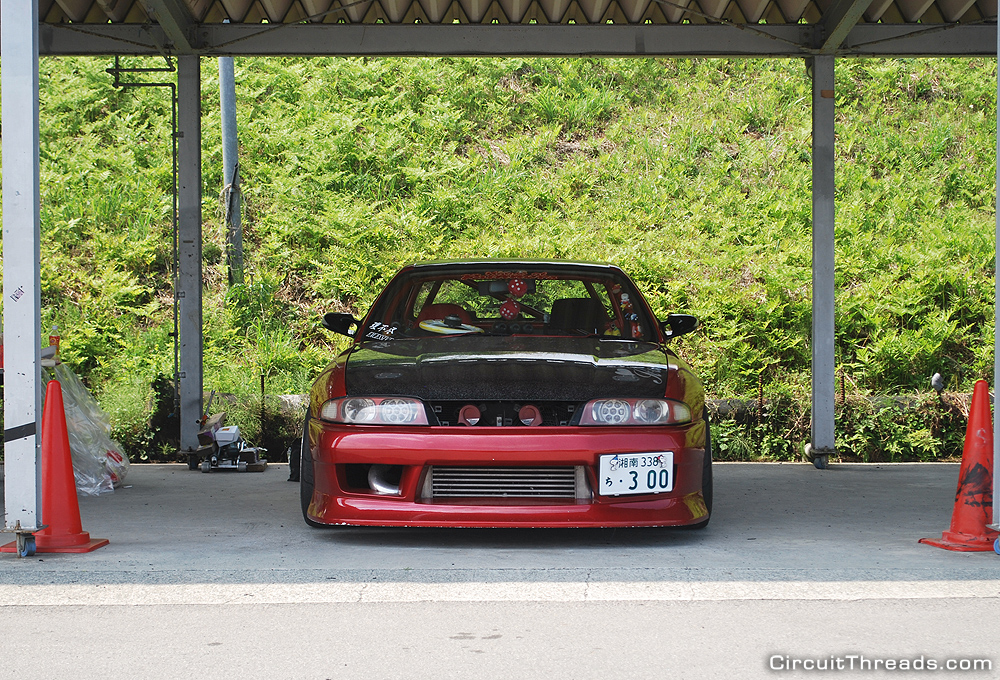 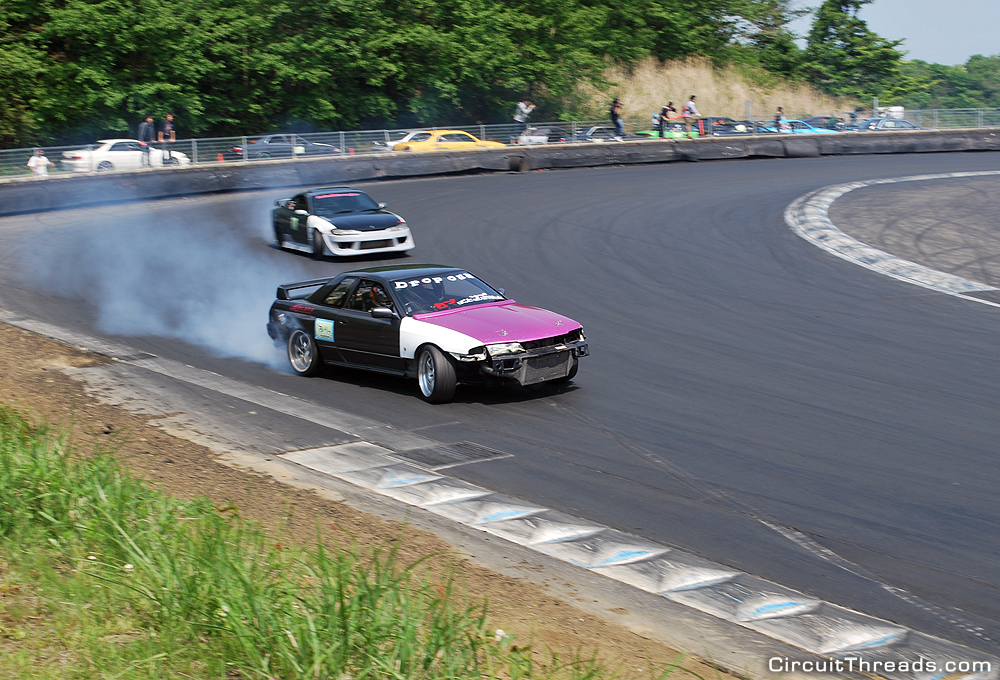 Not all cars were well presented though. No panels…No worries. 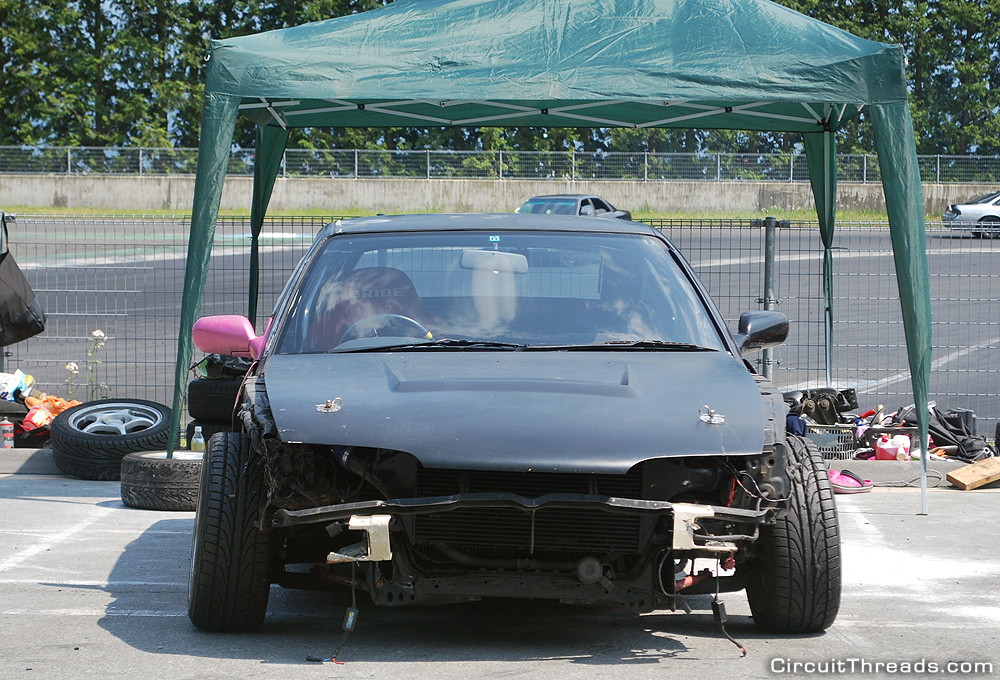 Clearly makes to difference to the way it drifts! 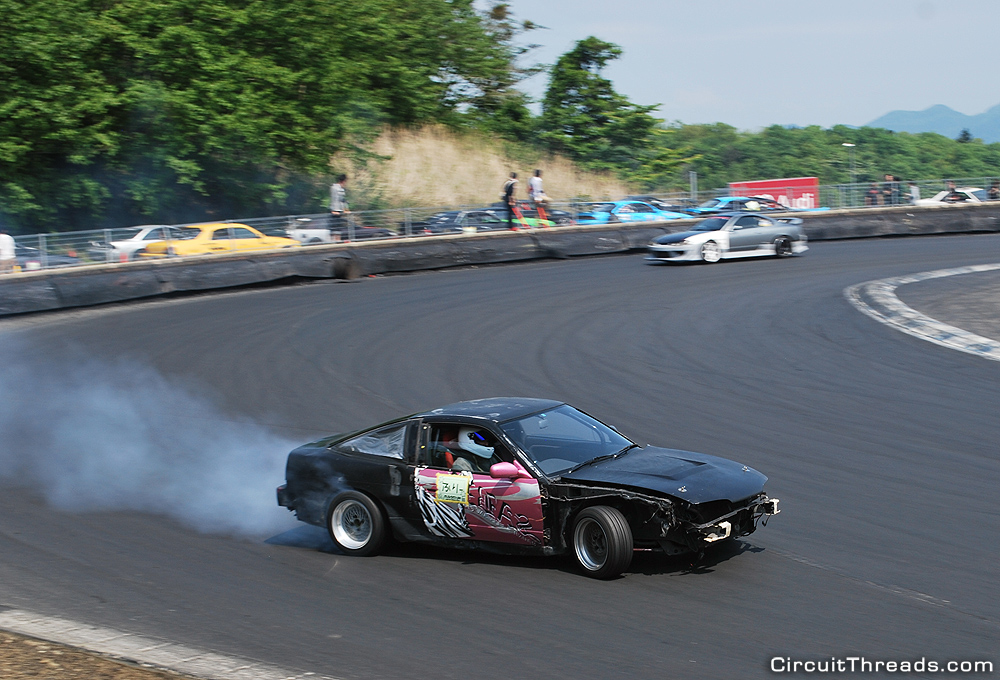 Probably our favourite cars of the event though was a pair of beige Silvias both fitted with undersized wheels and chunky tyres! 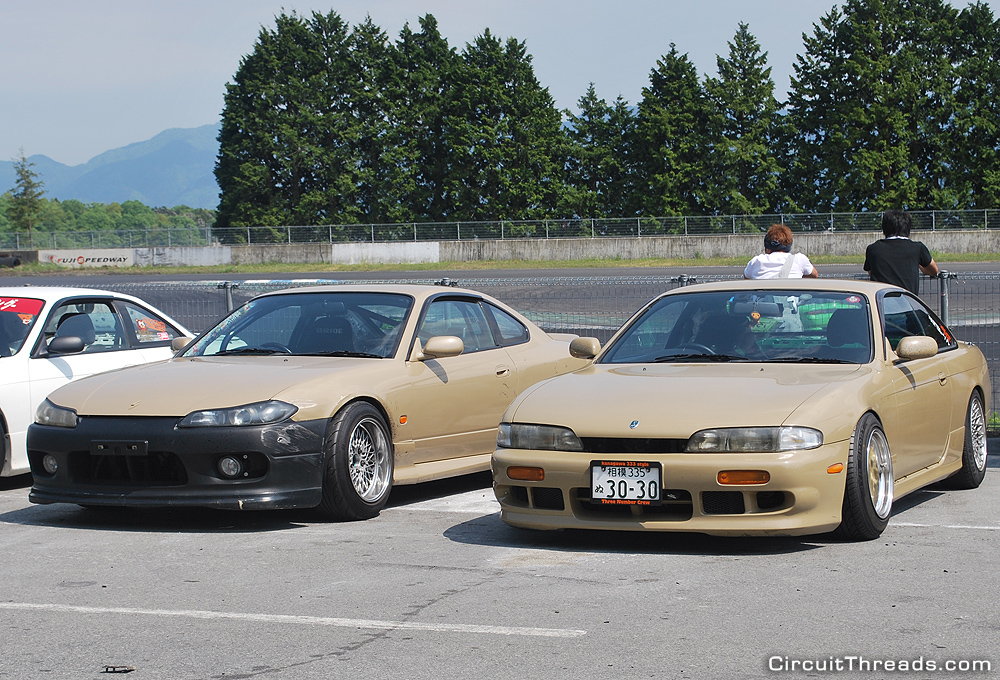 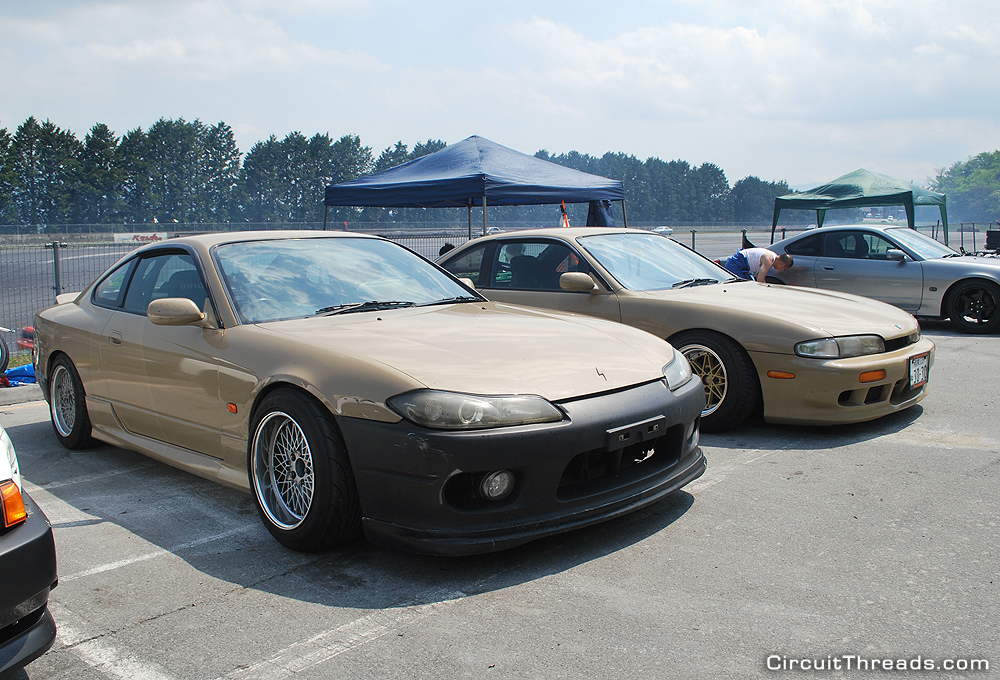 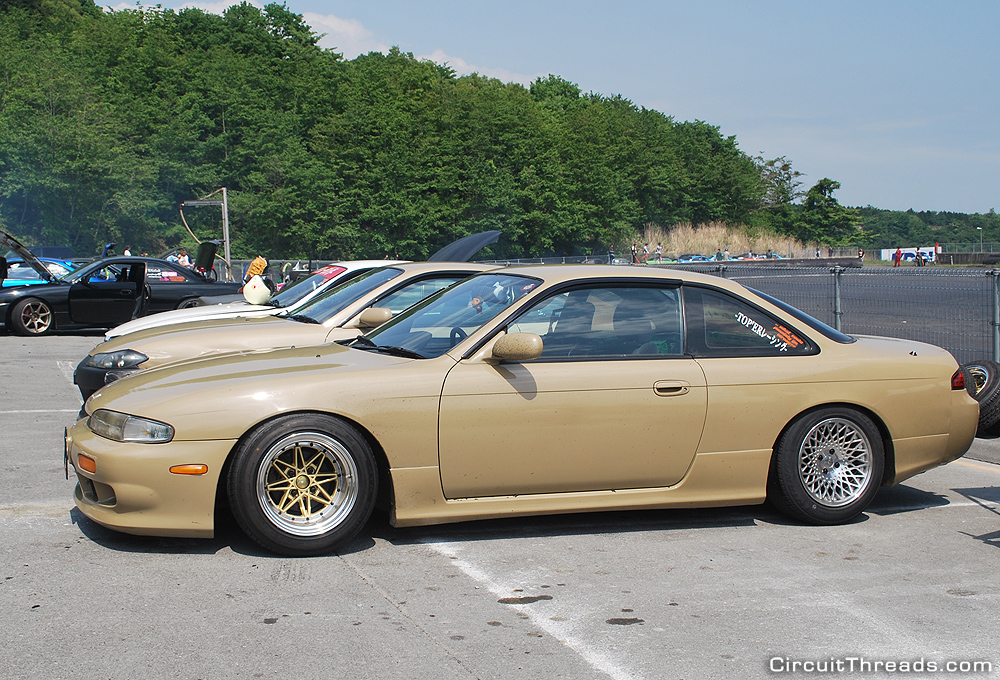 Surprisingly, Nomuken was also there practising in his R34. 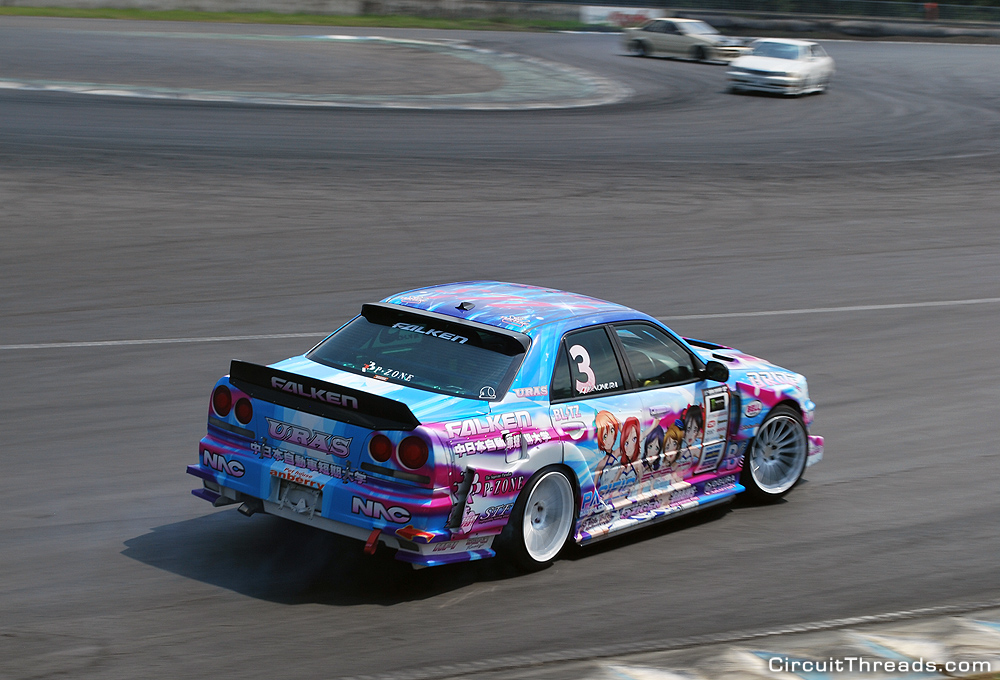 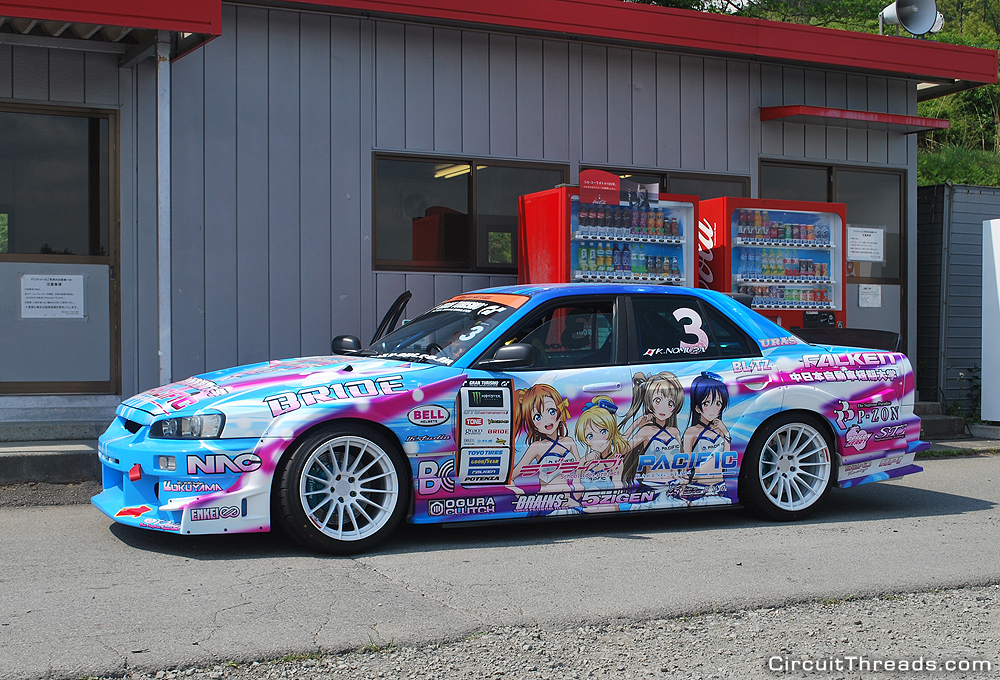 Drifting is always better experienced in video so we’ll leave you with some footage from the day. This concludes our Japan trip so hope you’ve enjoyed the coverage!

We don’t post Supercars much but when you find t

Track days are back in Melb! This pic taken in Syd