A look at D1GP wouldn’t be complete without a stroll through the Sponsors’ paddock to check out the demo cars on display and to empty our wallet on mountains of JDM merchandise and goods!

As we walked into Suzuka Circuit, the first booth we saw was the Liberty Walk booth. It wasn’t hard to miss either with the same stunning sky blue hue painted on both of the demo cars. While we’ve seen countless images on the internet, we weren’t really prepared for how awesome the LB cars are in person. The Ferrari 458 had so much presence lying on the floor leaving only millimeters between the body and concrete. 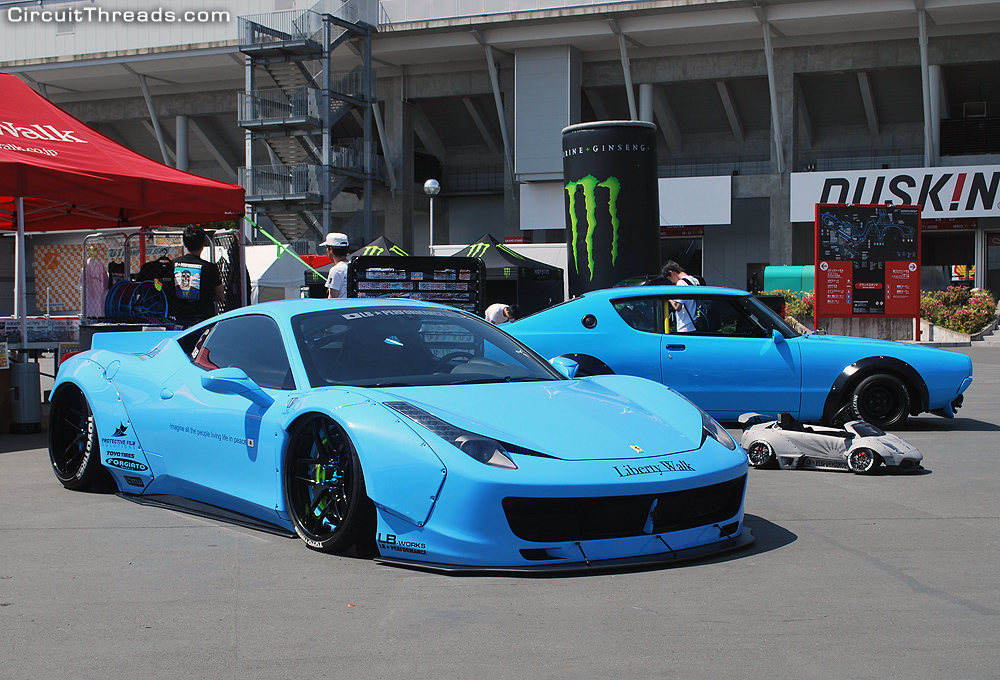 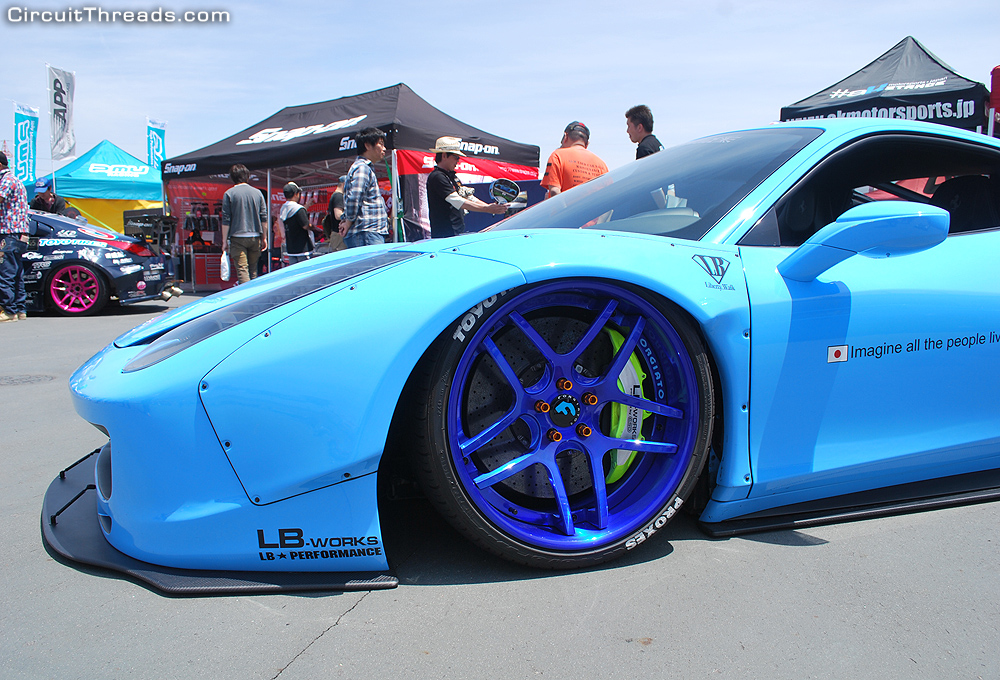 The old Datsun Sunny was brought to life in the blue paint too! 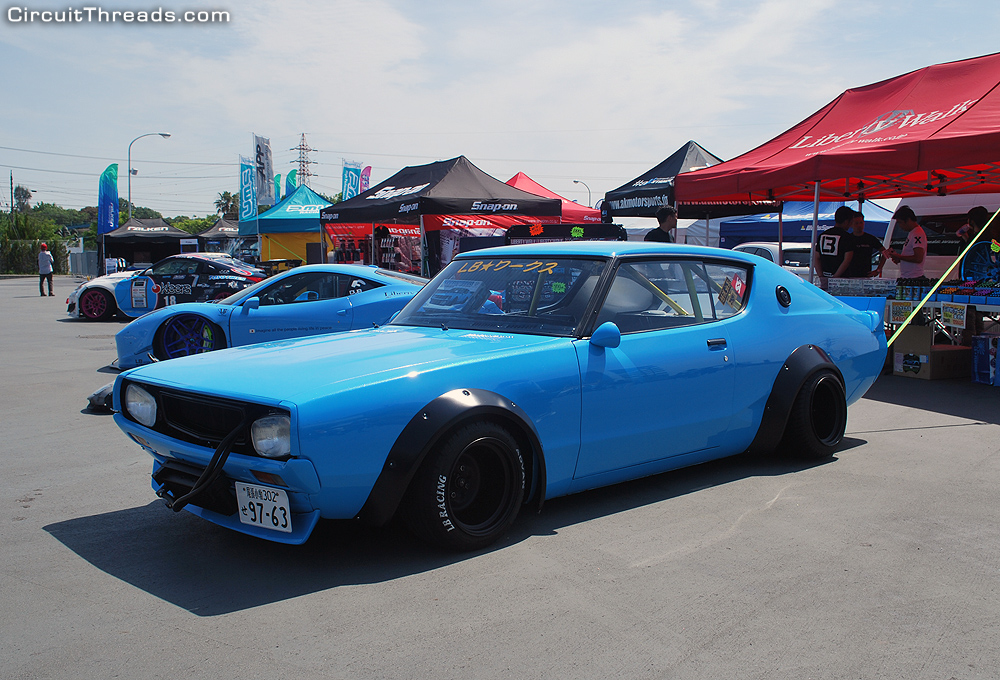 The Liberty Walk Kids Lamborghini Aventador was too cool though! 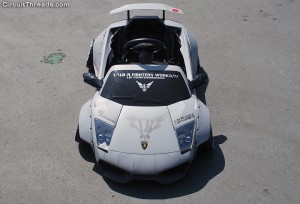 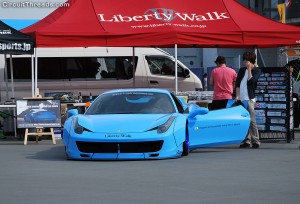 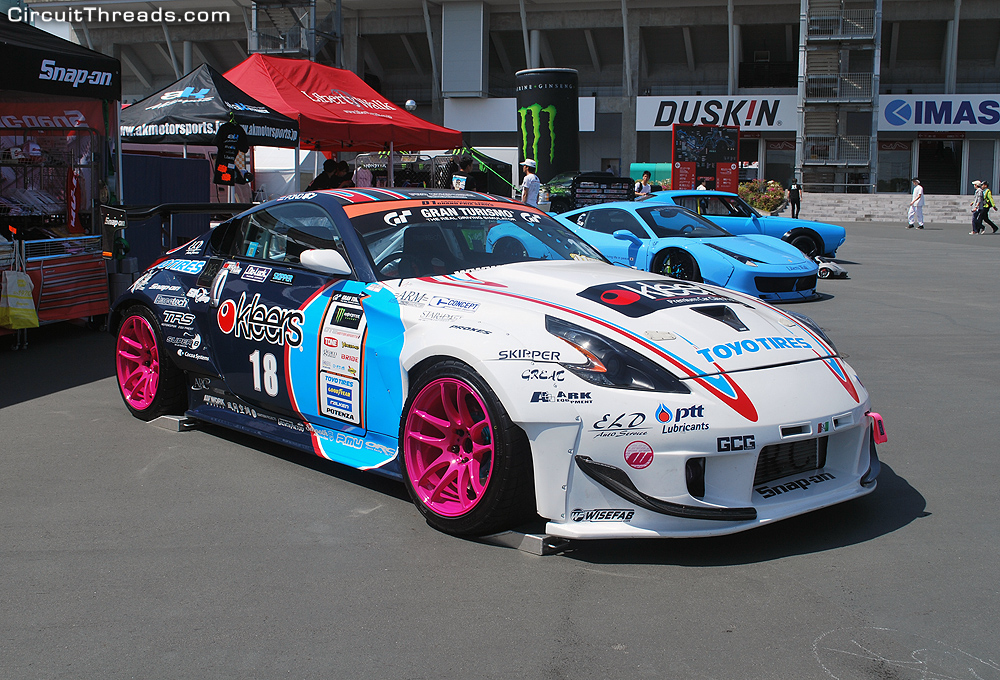 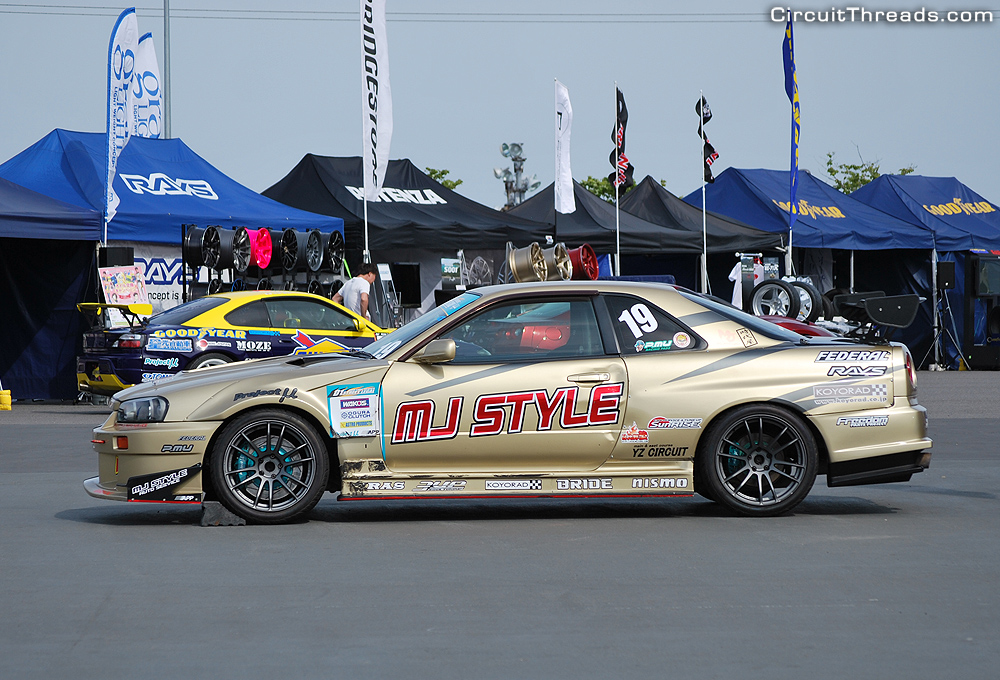 Uras Aero seems to be the popular choice for R34s 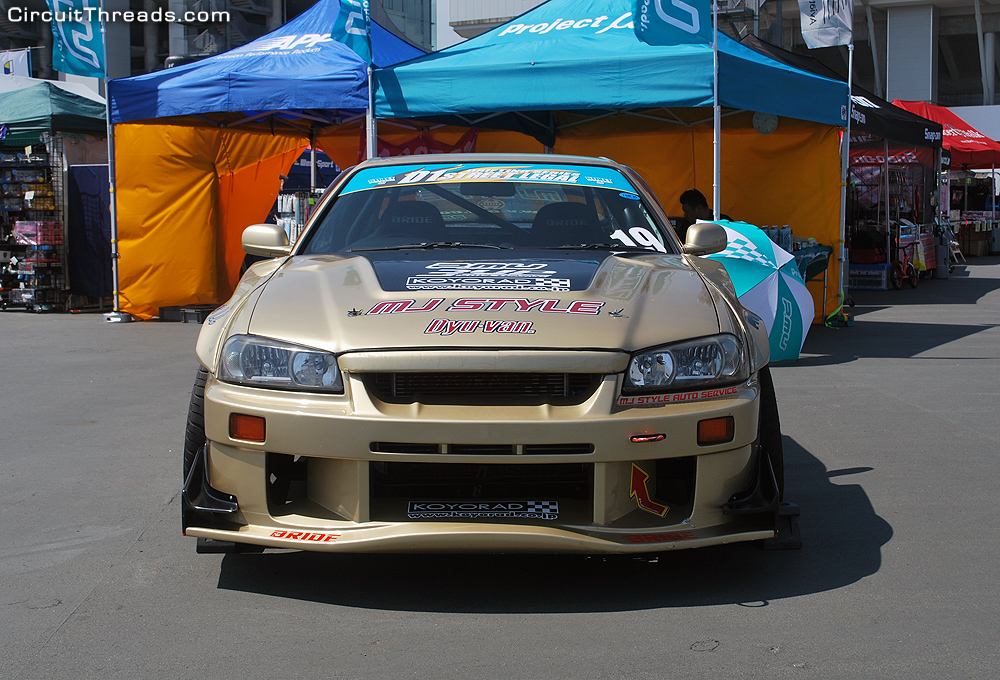 Good Year teamed up with Sunoco Racing to produce this S15. 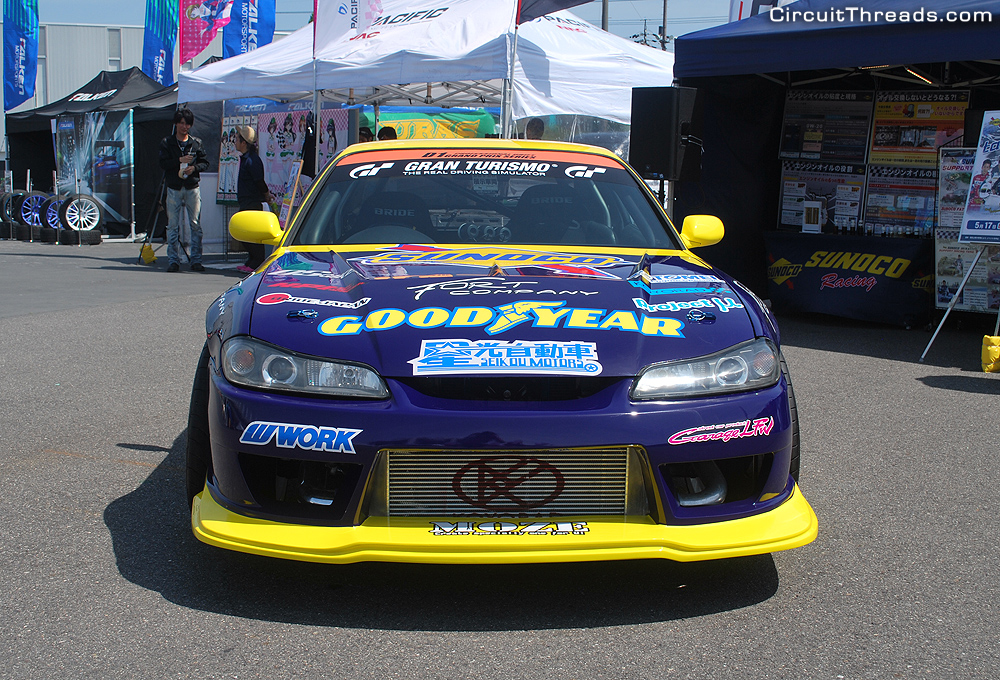 Along with the Good Year Toyota Mark X. 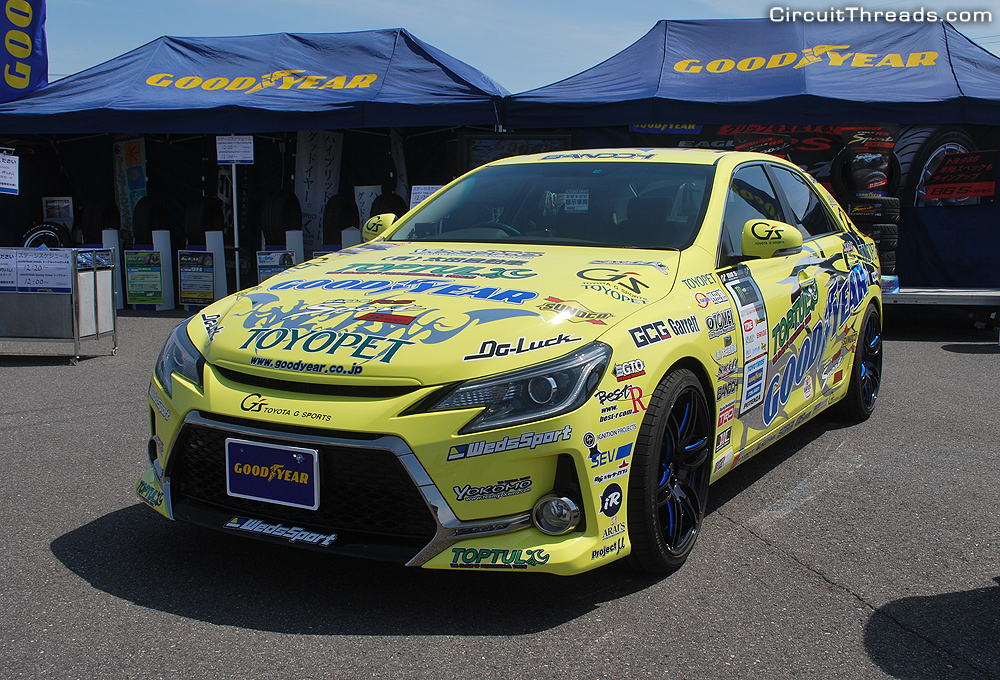 Wheel manufacturers had a huge presence. Rays had the mighty Ben Sopra kitted R35 on display. 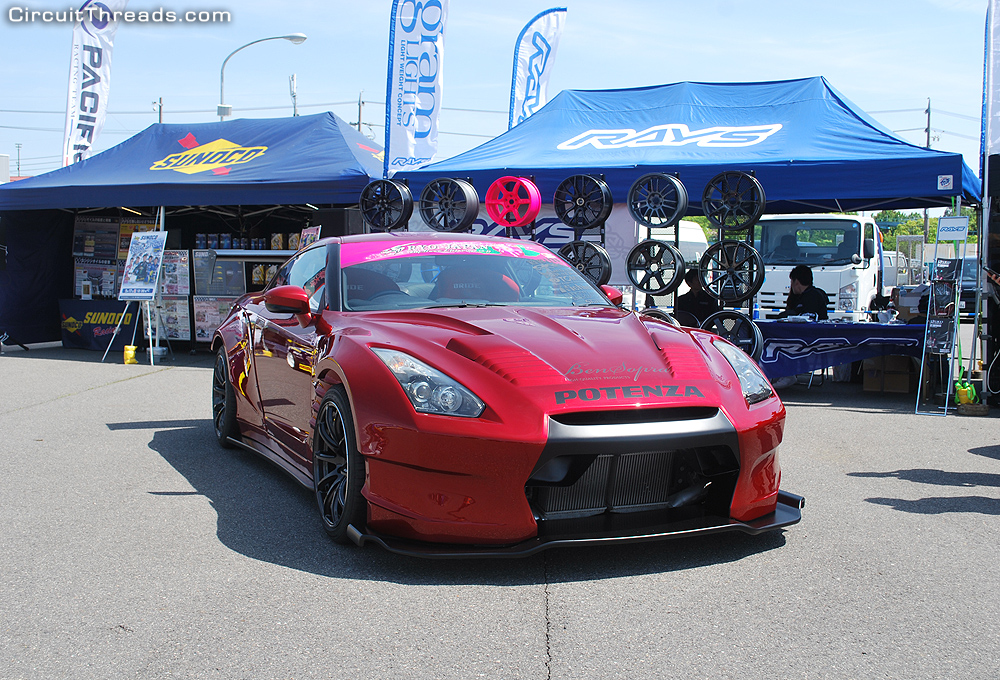 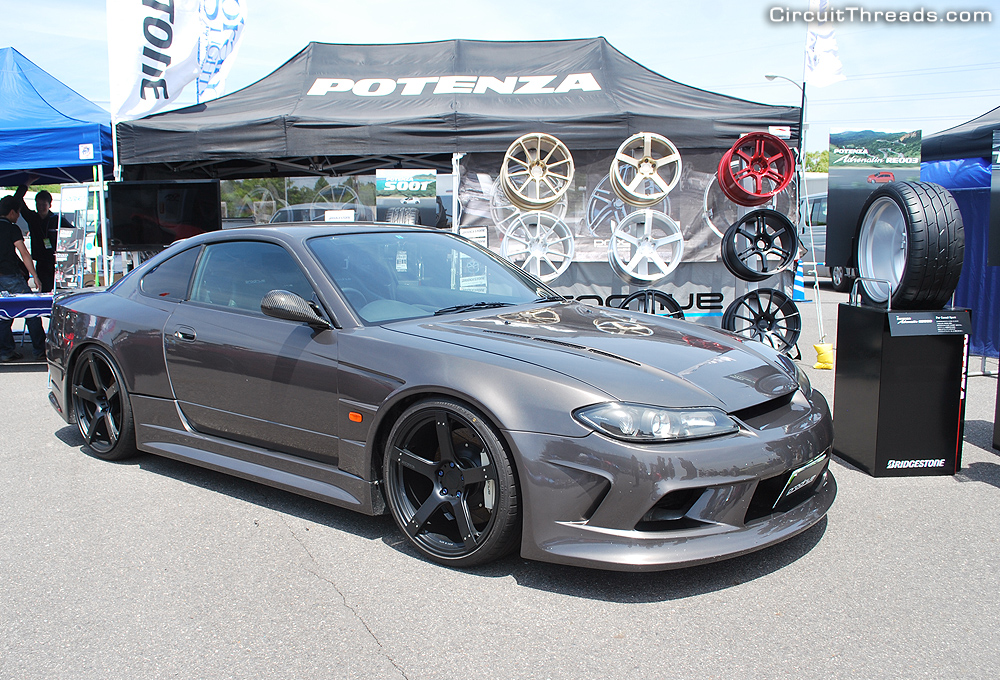 Which is definitely the nicest kit available for the s15 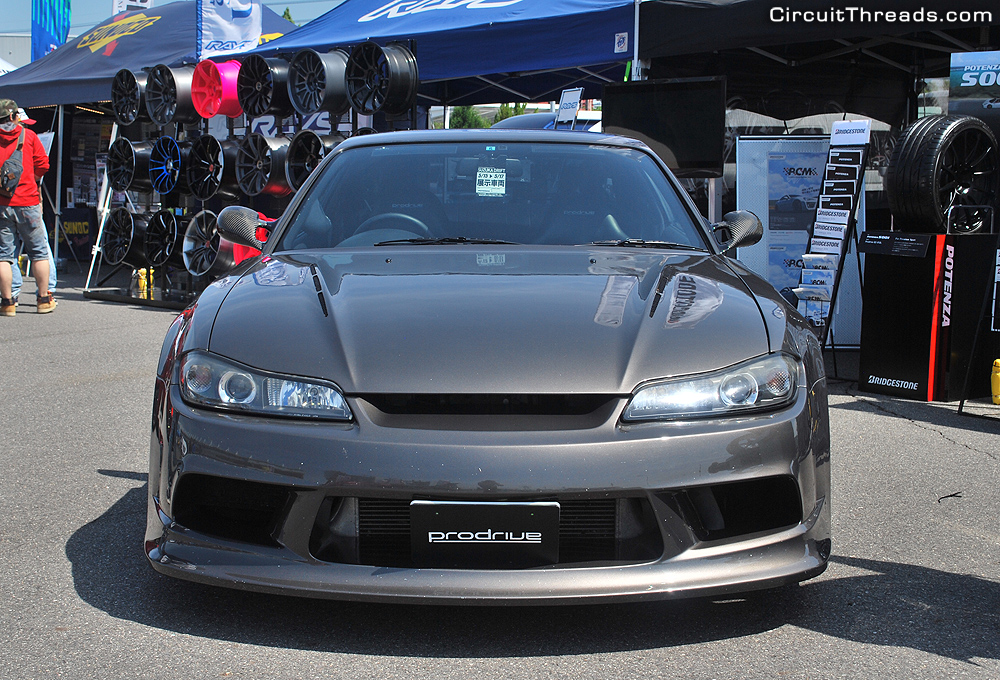 Work Wheels had a tasty selection of their catalogue on display. Such a hard choice between them! Which would you choose? 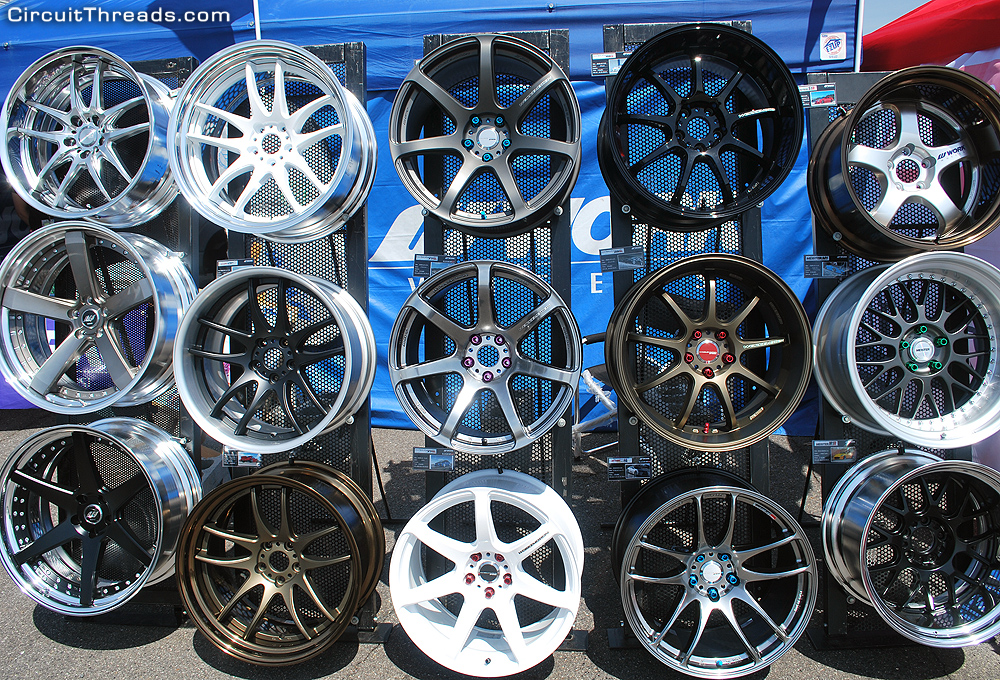 Work Wheels also had this Red Bull RX8 on display. The mixture of matte black and carbon body was set off by the custom Work Bromachers. 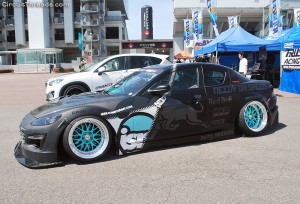 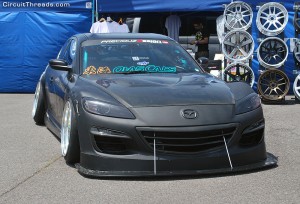 D1GP has been around for over 15yrs and its certainly come a long way, especially when Lexus LFA becomes the basis of your drift car! 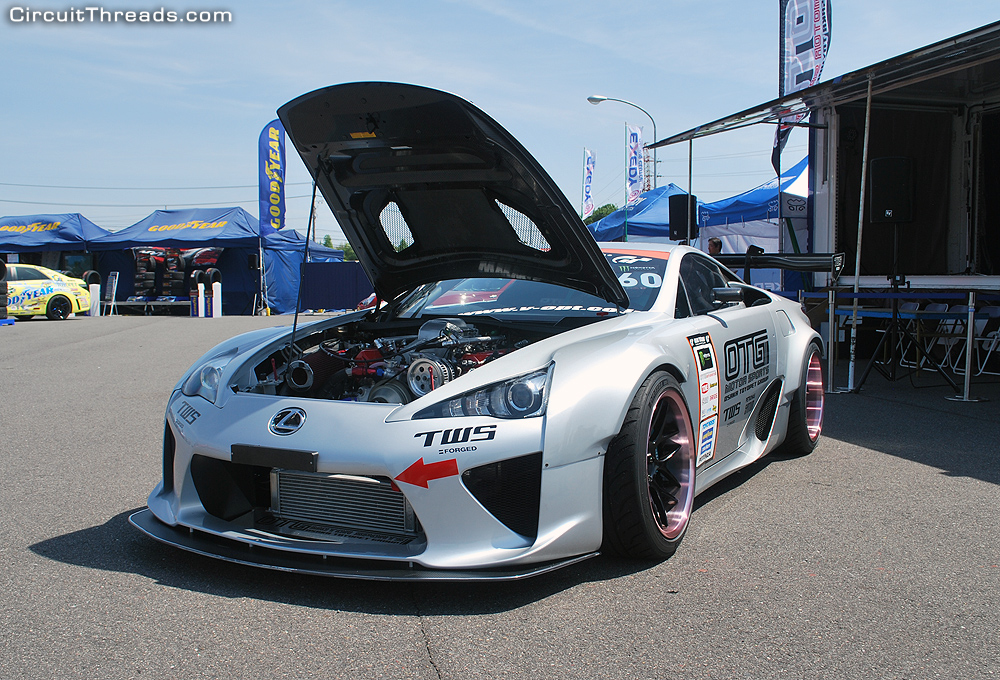 Fitted with a TRD Nascar V8 motor too! 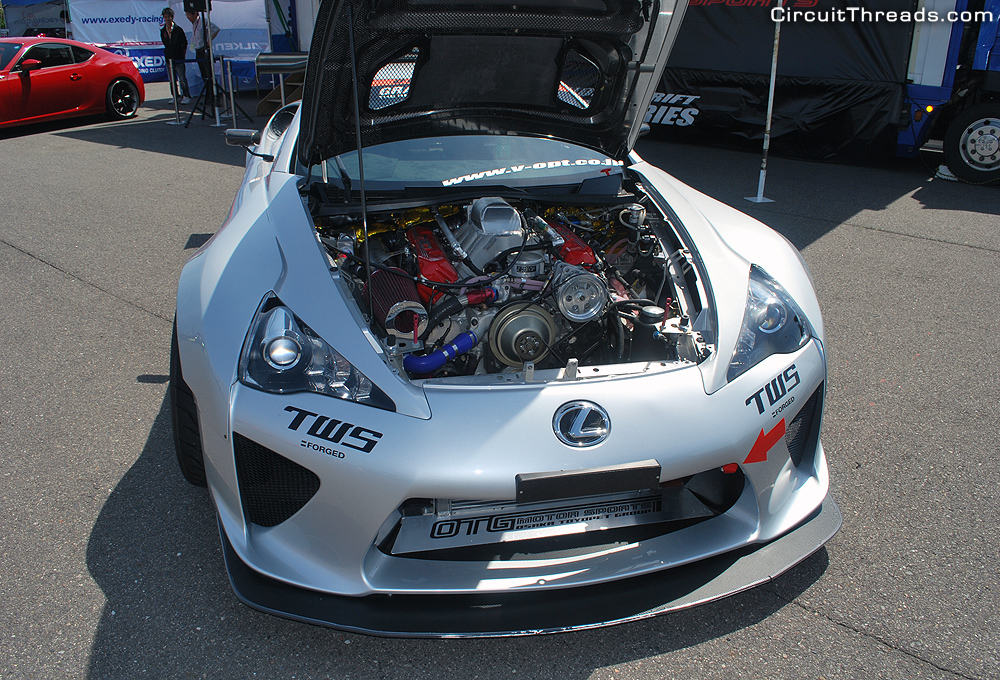 The LFA wasn’t the only one with crazy engine swap. Fresh paint and livery on the 380sx which came to WTAC last year… 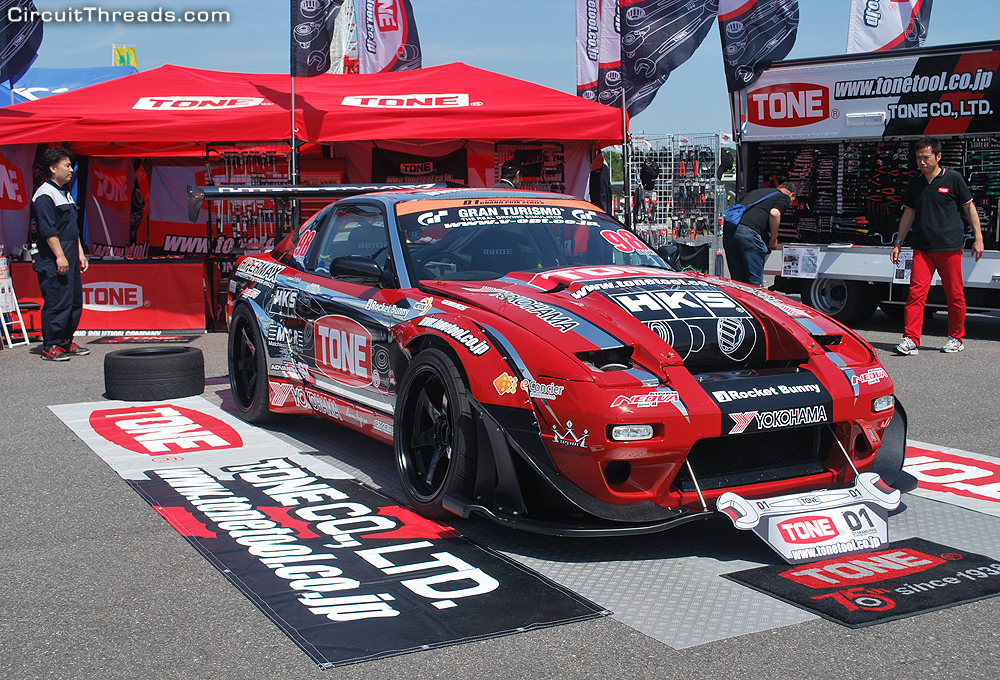 But the Vr38 GTR engine looks the same! 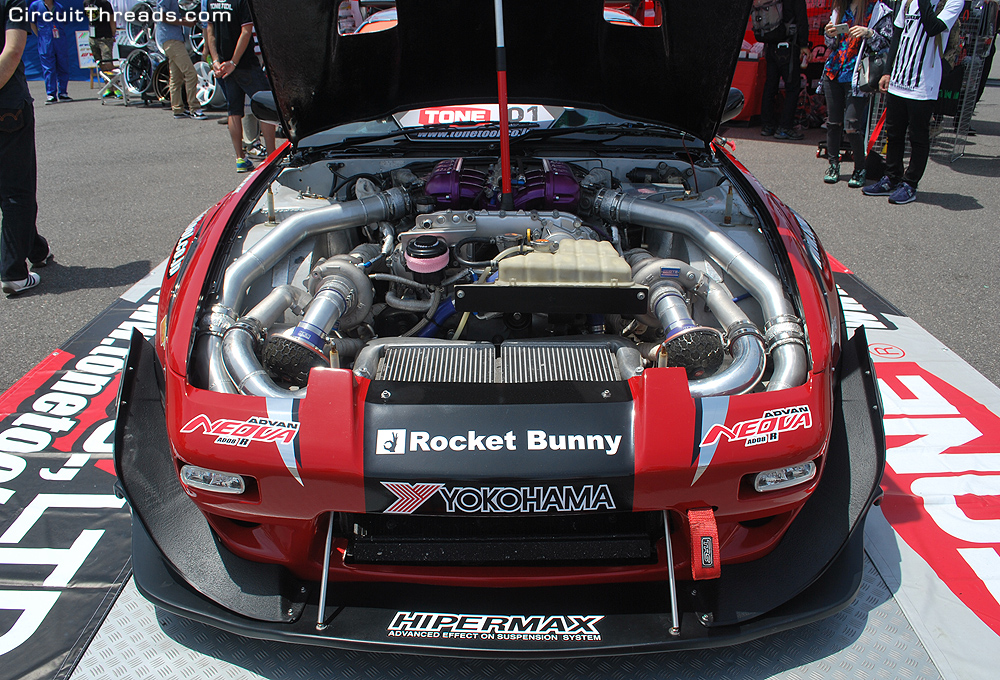 While not on display in the Paddock, we couldn’t help but post up the Rocket Bunny 86! The V2 kit with the splitter and massive canards looked tough! 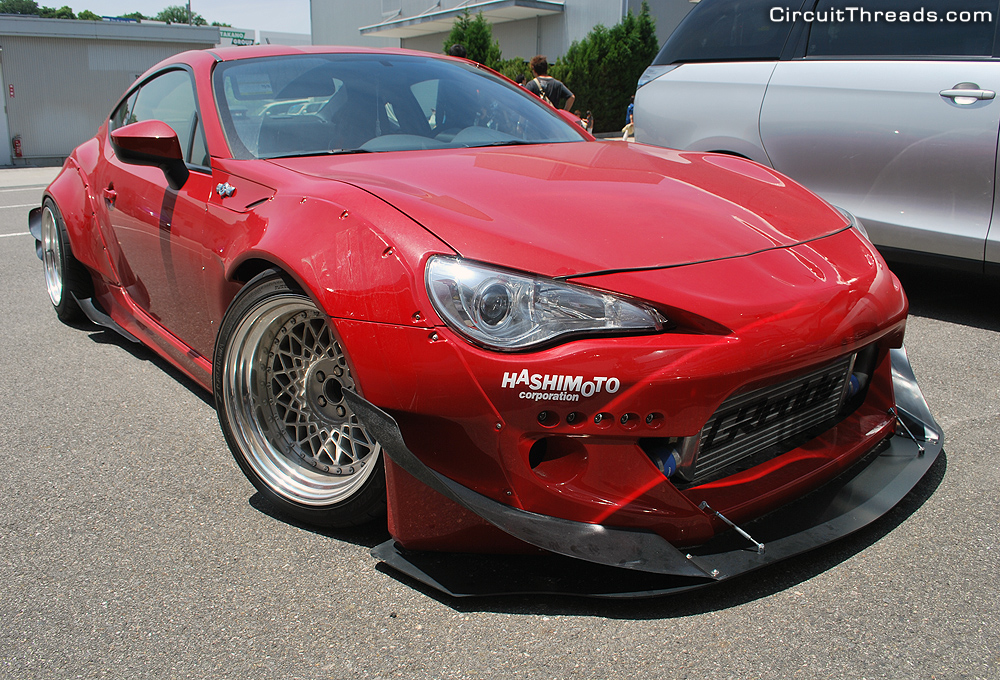 Even Kei Miura couldn’t keep his eyes off it! 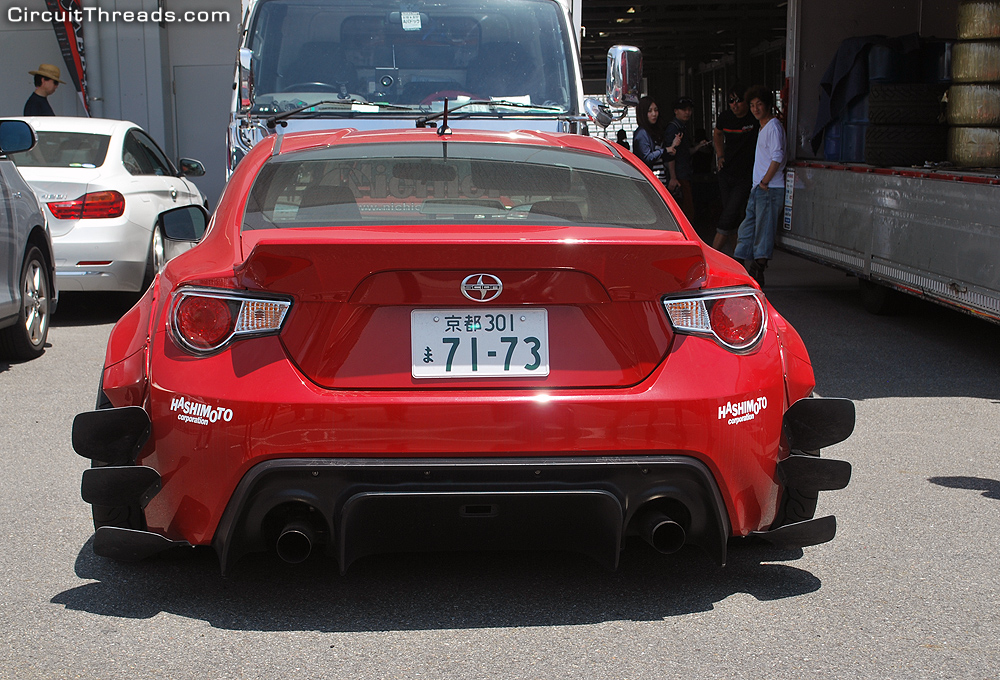 While we left D1GP a little bit sun burnt…we thankfully managed to get away without too much damage inflicted on our wallets!! That’s because we still had a trip to the Nismo Omori factory planned! Keep an eye out for the next part of our Japan trip!